A Slice Of DTM Glamour At The Ultimate Detailing Studio. 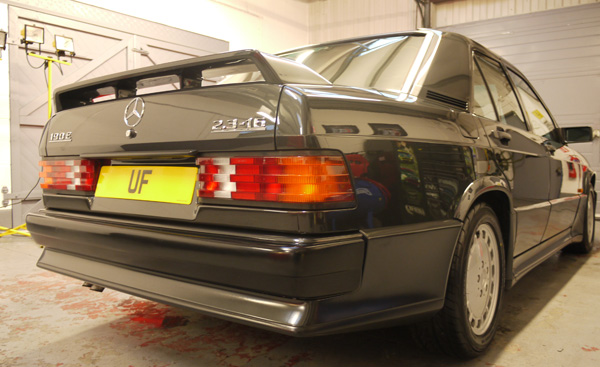 Machine polishing can be a tricky business and all too often customers bring their cars into the Ultimate Detailing Studio and ask us to fix the damage caused by poor machine polishing techniques.

None sorrier than a Mercedes 190 Cosworth delivered to us a couple of weeks ago by a very concerned and disappointed owner. The Cosworth paintwork showed the classic marks of a none-too-clever machine polishing session. Having brought other vehicles from his private collection to us he knew the Cosworth was in safe hands.

A classic piece of racing mastery, the 190 Cosworth was launched at the Frankfurt Motor Show. In the late 1970’s Mercedes had been competing largely in rallying but the 190 Cosworth had been designed with DTM racing in mind. During its heyday the 190 Cosworth won the coveted DTM championship and set no fewer than twelve endurance records.  So this example of German / English racing history deserved a little TLC.

So Master Detailer, Rob Tomlin got to work. After a good deal of inspection (and accompanying tutting sounds!) with a 3M Sun Gun Rob planned a course of action and began to work.

The paintwork exhibited hard circle marks all over the body – classic indication that the previous machine polishing ‘detailer’ had allowed compound to harden on the polishing pad.  To get rid of these Rob used a 3000 grit Trizact pad, followed by 3M Fast Cut Plus on a Sonus SFX-3 pad. 3M Polishing Pad and 3M Extra Fine Compound used together fined out the work before a final finish with Menzerna.

With the paintwork restored to a glossy lustre it was time for a coat of Swissvax Onyx wax, perfect for a car that doesn’t come out to play in the winter! A dab of Swissvax Autobahn Wheel Wax for gleaming alloys and a spritz with Swissvax Crystal Glass Cleaner, made the Cosworth look, as Rob put it; “Brand New!” 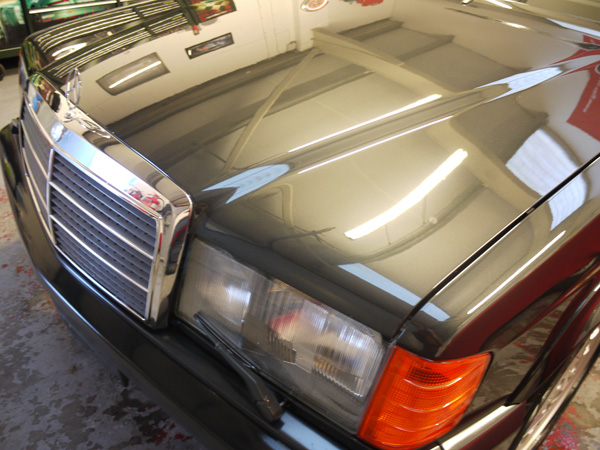 UF's range of in-house safe technology products were developed using thorough testing by pro detailers, so they can stand up to the toughest of tests. Tap below to begin browsing.

Using 55% by volume of the purest white No.1 grade Carnauba wax, Swissvax Mystery Concours Wax provides the ultimate in protection for car paintwork and delivers an unrivalled aesthetic performance.

Add a pre-wash cleaning product to your routine such as UF Ultimate Snow Foam and you'll actively reduce the chances of inflicting swirls on paintwork.

Thank you everyone for all your continued custom, it is very much appreciated. All reviews, positive or negative are taken on board. Hope you all have a great weekend✅ ... See MoreSee Less

New to UF, S2 BLACK High Performance Compound from Scholl Concepts has been specifically developed with the detailer in mind and can be used to great effect on heavily weathered car paintwork surfaces.