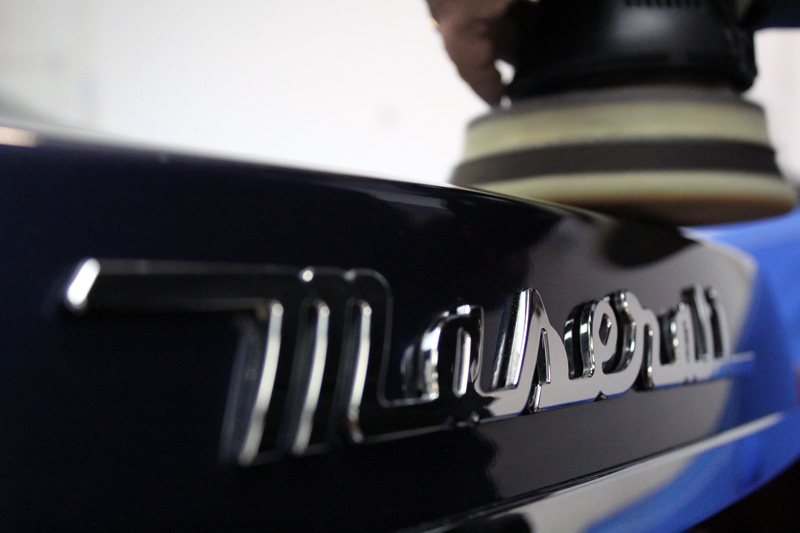 The Maserati Gran Turismo made its debut at Geneva Motor Show in 2007. To design the engine, Maserati teamed up with another Italian automotive giant, Ferrari, and produced a 4.2L V8 engine with around 400 bhp capable of achieving 0-62mph in 5.2 seconds. Top Gear reviewed it, declaring it “the best car Maserati has come up with in a decade” as well as being “achingly pretty” and “utterly comfortable over distance”. It seems with the Gran Turismo, Maserati ticked all the boxes – a fantastic looking car, built with the daily driver in mind, but still able to provide the thrill of a luxury performance vehicle.

As a result of the Gran Turismo’s practicality, they often are used regularly, if not on a daily basis. This particular Gran Turismo was a recent purchase for a long-standing customer of the Ultimate Detailing Studio and, once the ownership papers had changed hands, the first port of call was the studio at Brands Hatch race circuit. Owing to the amount of wash swirls and RDS (Random Deep Scratches) the GT was booked in for a Gloss Enhancement Treatment.

The bodywork was quite badly swirled – nothing unusual, the usual damage we see as a result of poor washing techniques. There were quite a few RDS though and they can be very time consuming to correct. In addition, the swirling on the boot was particularly prominent so I suspected I’d have to use a multiple combination of pads and compounds to achieve the desired result. – Derek Ginger, Master Detailer, UDS

Initially the vehicle was treated with Korrosol, an iron contamination remover. Iron particles, shredded from hot brake pads when the discs are applied, become airborne and attach to passing cars – or the cars behind! Left untreated they bond with the paintwork as well as with wheels. As the particle imbeds it swells and can cause permanent damage. Korrosol shrinks the particle, causing it to break the bond with the substrate and allowing it to be freely rinsed away. Korrosol’s colour-change feature demonstrates where the product is working.

The wheels were in really good condition, surprisingly so considering the swirling on the rest of the bodywork. As a result we didn’t see much of a colour-change with the Korrosol this time, but I prefer to use it just to be on the safe side. – Derek Ginger, Master Detailer, UDS

Next the vehicle was treated with Bilt-Hamber Surfex-HD, a biodegradable, water-based degreaser which removes oily residues and traffic film build-up. The boot, bonnet and door shuts were also treated with Surfex-HD before everything was rinsed. 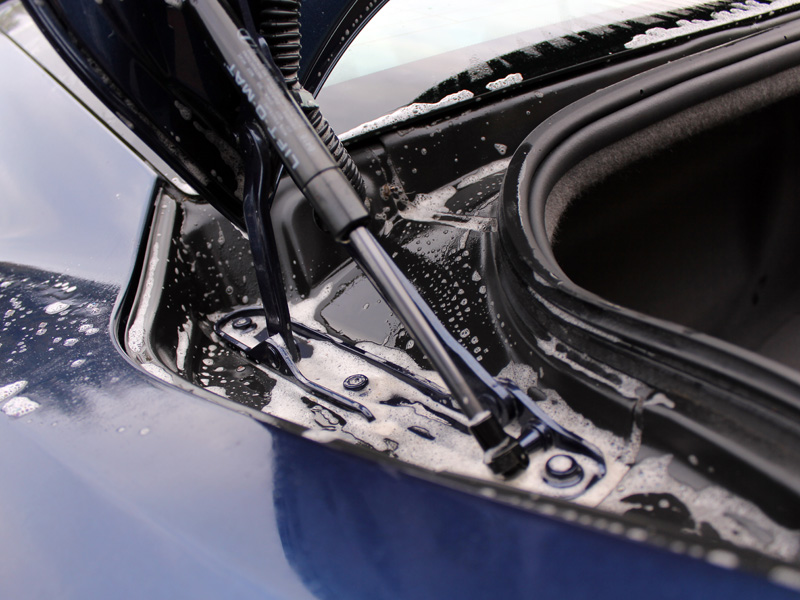 Finally the GT was covered with Ultimate Snow Foam, a high foaming pre-cleaner. 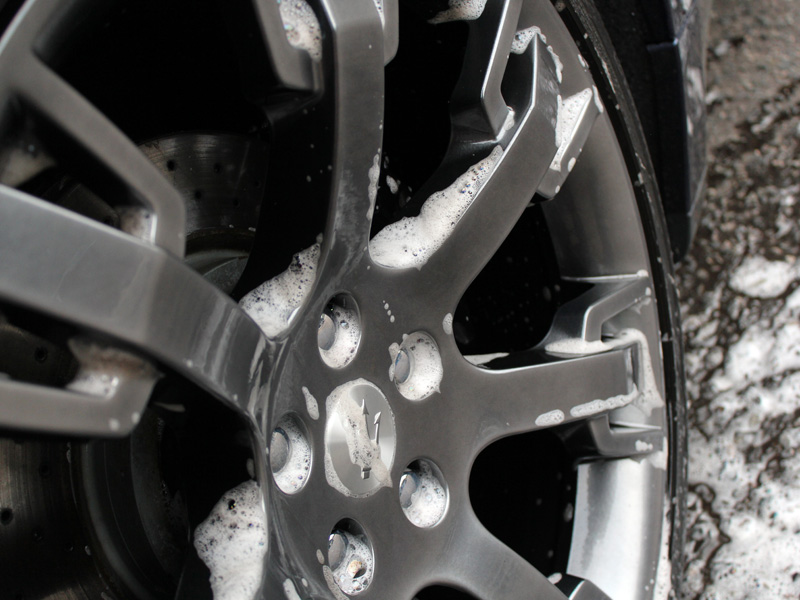 The foam lifts larger particles of dirt and grit away from the surface of the paintwork and allows it to be rinsed away before the main wash process. 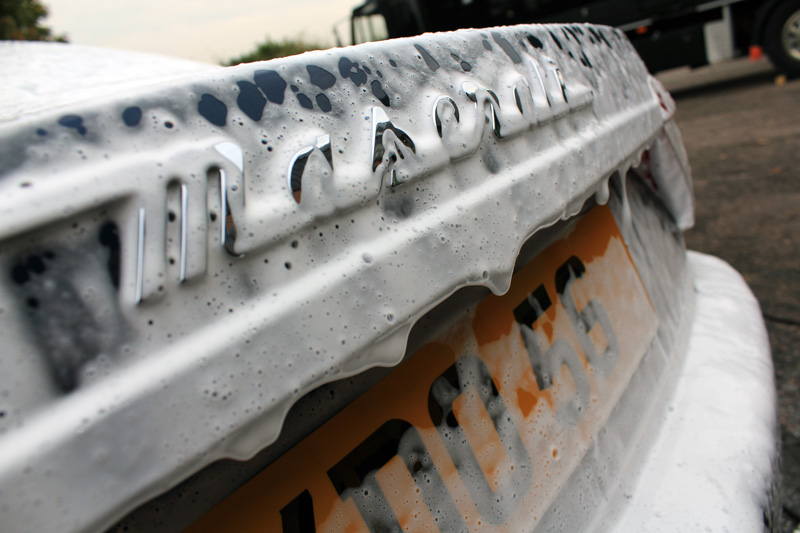 If left in place these particles would become trapped in the wash mitt and pressed against the bodywork during washing. This is how the majority of wash damage is caused. 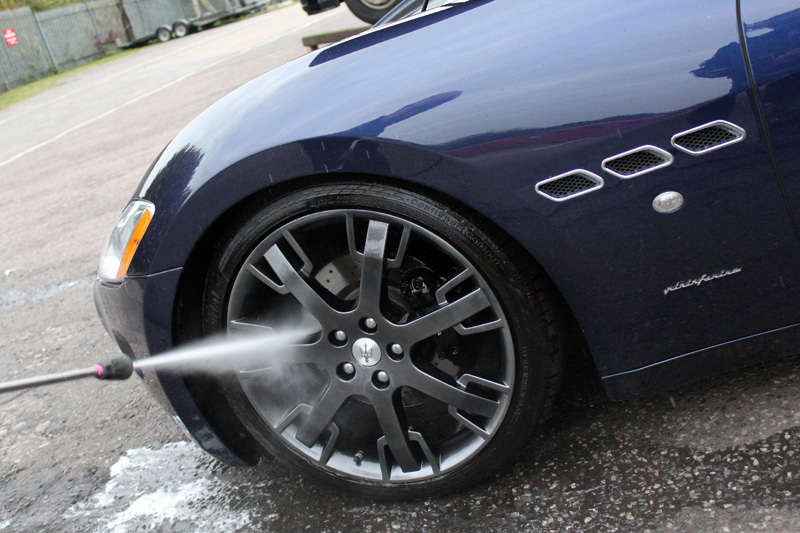 With Ultimate Snow Foam rinsed off the GT was washed using the Two Bucket Method: one bucket contains water with car shampoo, the other contains clean fresh water. Both buckets contain a grille in the bottom to rub the wash mitt across. The wash mitt starts in the Wash Bucket, loads up with soapy water and then washes a section of the car. Then the mitt is rinsed in the clean water bucket where the mitt is brushed across the grille to release particles of dirt. The process then repeats until the car is clean. After rinsing the car off an Aqua Gleam deionising water filter was connected to the mains water tap and the GT was given a pure water rinse. This stage is vital as removing the impurities in the water prevents water spot marks, such as those shown below, from forming on the paintwork of the car. Left for a period of time these marks can actually etch into the paintwork and require machine polishing to remove. 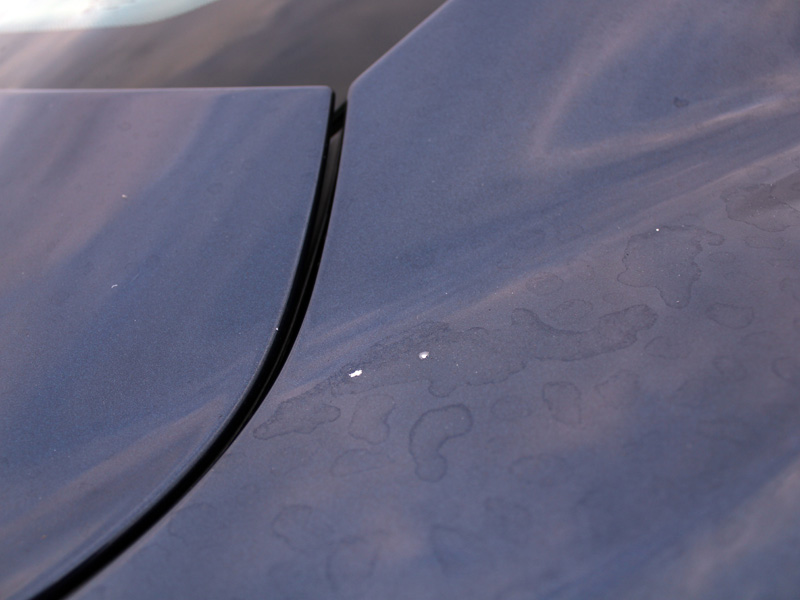 Inspecting the paintwork under high intensity lighting highlights the swirls in the dark blue metallic paint. 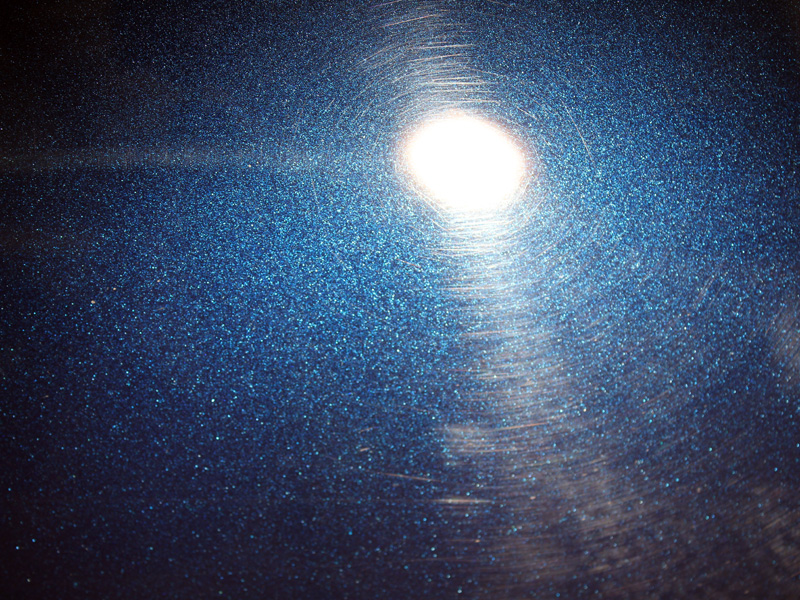 The majority of the paintwork was corrected using a 3M Yellow Polishing Pad on a FLEX PE14-2-150 Rotary Machine Polisher and SCHOLL Concepts S3 Gold. However the boot is made of a composite material which is quite heat sensitive, so to prevent too much heat build-up I used a SCHOLL Concepts NEO Spider Polishing Pad on the RUPES BigFoot LHR15ES, again with the S3 Gold.  – Derek Ginger, Master Detailer, UDS 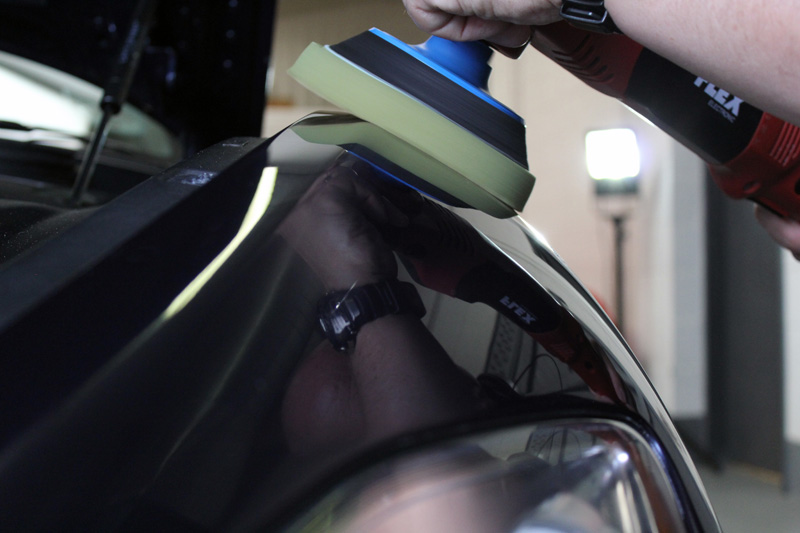 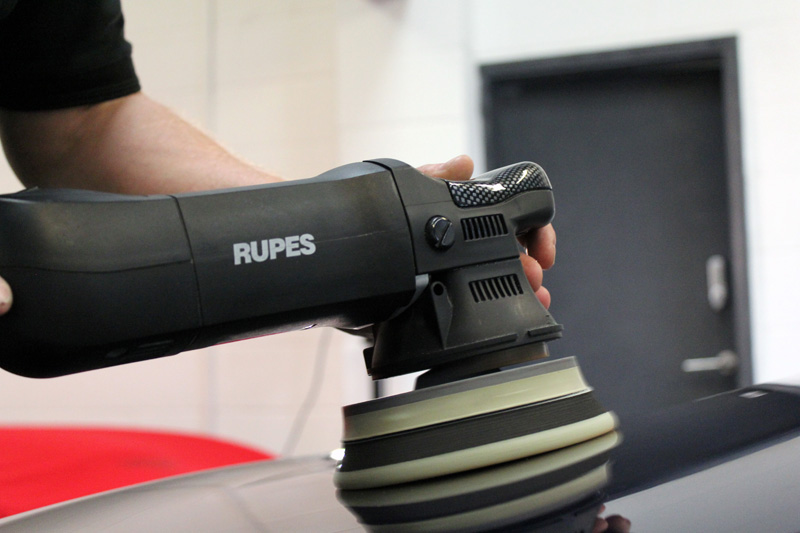 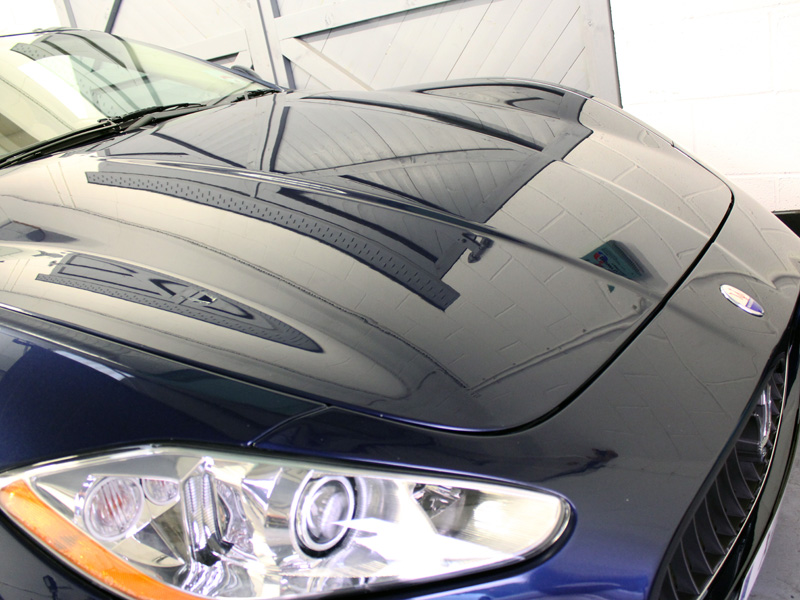 The final step was to protect the paintwork with a nanotechnology-based ceramic sealant. These types of coatings are inherently very durable as the surface area of the molecule is very large by comparison to their volume. These molecules bond at the sub-micron level to the underlying substrate. Prior to applying the sealant the substrate must be thoroughly cleansed to ensure any traces of polish residue or silicones has been removed. This allows the maximum number of bonds to form, to give maximum performance and durability to the coating. Once the GT’s bodywork and wheels had been cleansed using Nanolex PREMIUM Paint Cleaner, a layer of Nanolex PROFESSIONAL Paint & Alloy Sealant was applied to both and allowed to cure. 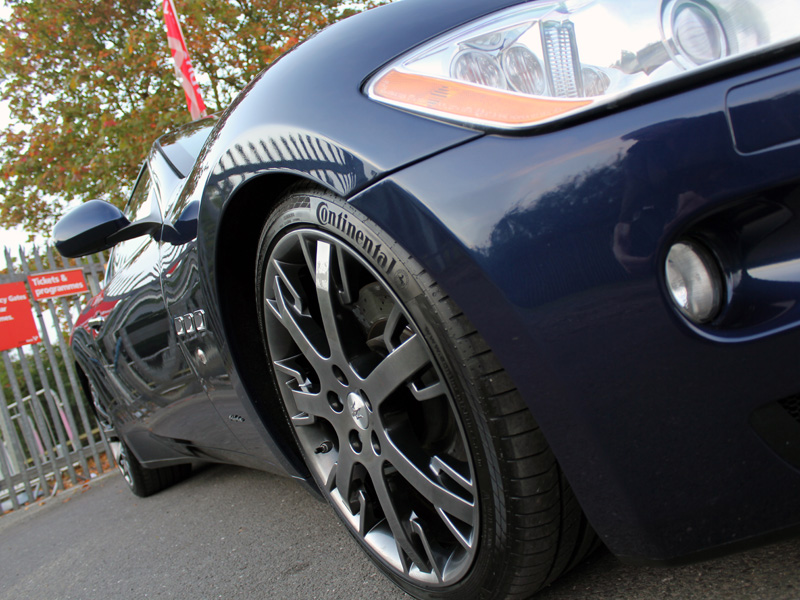 The glass was cleaned with PolishAngel Cristal Agent and then sealed using Rain | 9H, a hydrophobic polymer ceramic sealant which encourages rain water to bead and blow away when driving in bad weather conditions. The tyres were treated with Swissvax Pneu, a satin-effect dressing which compliments the natural rubber of the tyres. The Maserati Gran Turismo has a strip of black plastic trim on the rear above the exhaust pipes and this was coated with Gtechniq C4 Permanent Trim Restorer to maintain the black finish. The exhaust tips were polished using Gtechniq M1 All Metal Polish. 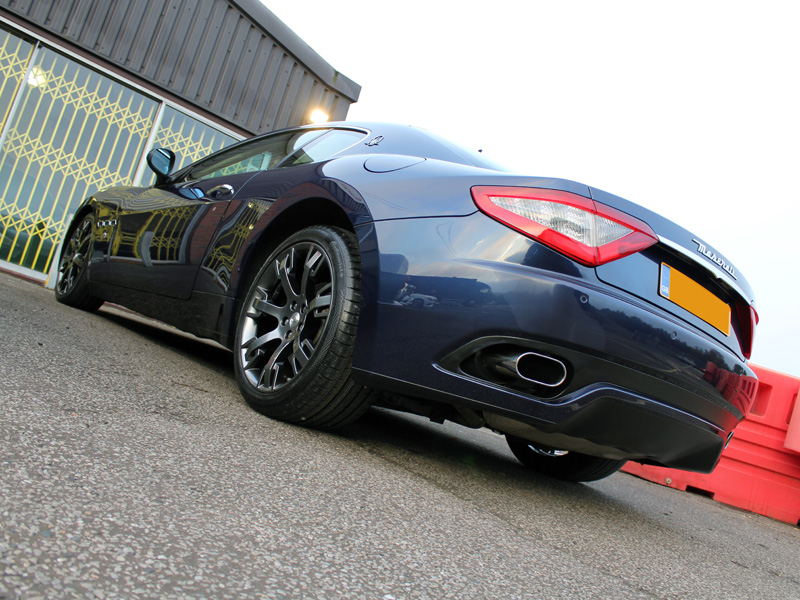 The final result was truly show stopping; if Clarkson could have seen this one as it left the Ultimate Detailing Studio, even he would have agreed it lived up to his ‘achingly pretty’ accolade! 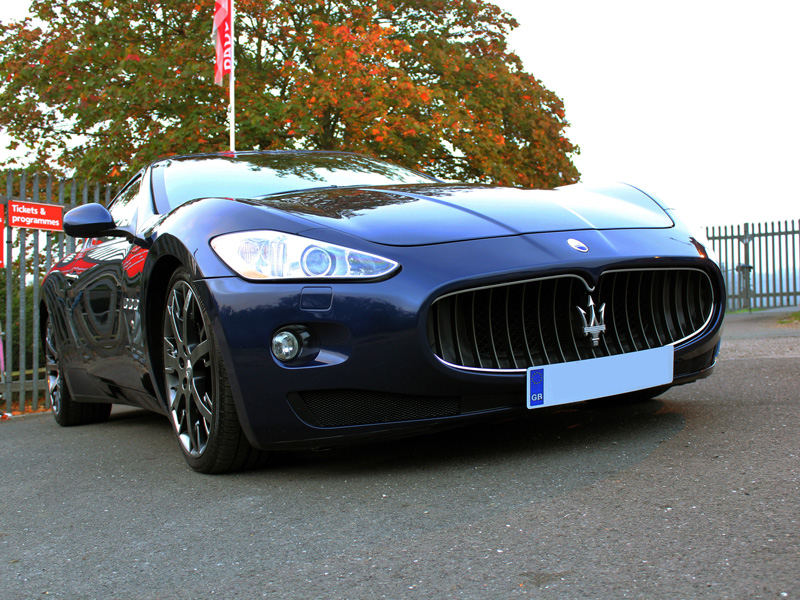 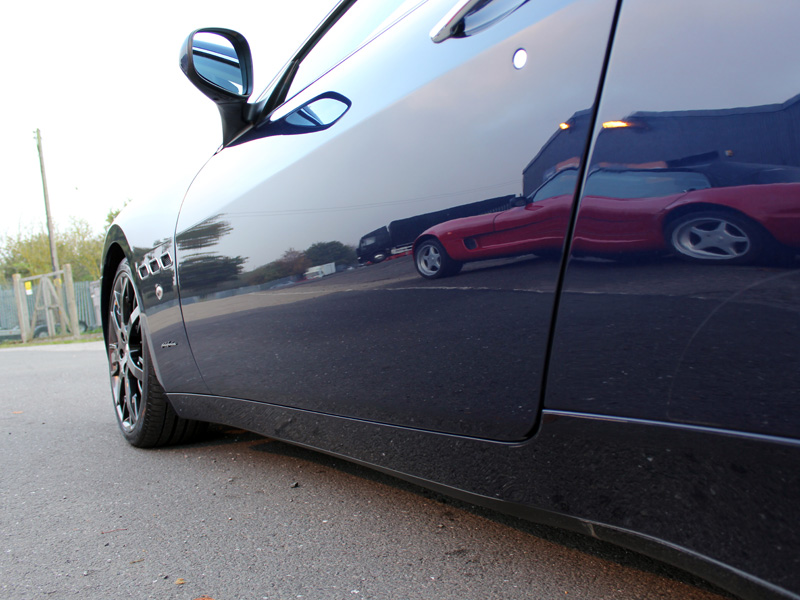