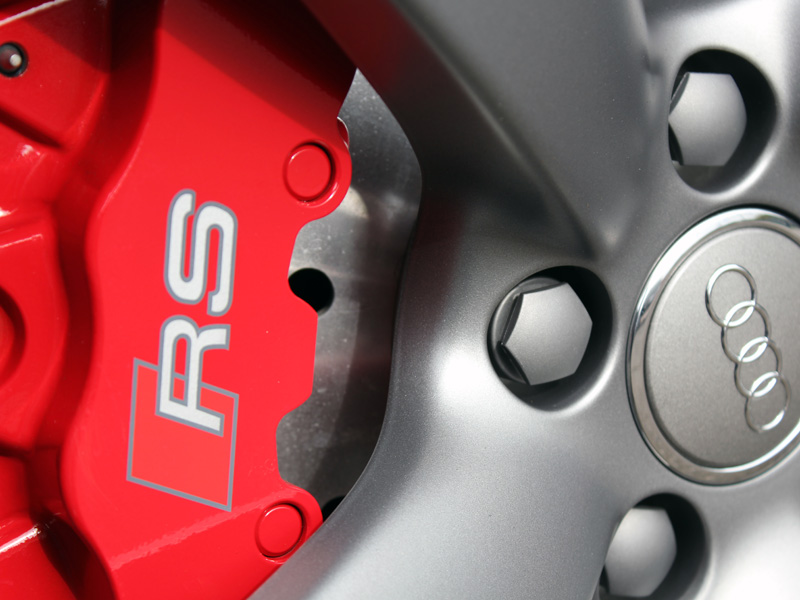 The Audi RS5 was first unveiled in 2010 at the Geneva Motor Show, launched to mark the 30th anniversary of the original Audi Quattro.

In terms of styling and cutting edge drive technology, the RS5 pushes the envelope. It features a 444bhp 4.2-litre V8 FSI engine and a seven-speed S-tronic transmission. The permanent all-wheel drive uses a clever Sport differential to push torque independently to the two rear wheels, reducing under-steer. These factors, combined with Drive Select control means the steering and throttle response can be tailored to suit both the driver and the conditions. The RS5 achieves 0-62mph in 4.6 seconds, so it feels great, whilst the two oval exhausts provide a truly awesome rumble.

This Audi RS5 was brought to the Ultimate Detailing Studio on the back of a low-loader, delivered straight from the dealership. With zero miles on the clock many would think the bodywork and wheels would be in absolutely perfect condition.

The RS5 arrived with the protective transportation fabric still in place – manufacturers cover all horizontal panels in an effort to prevent damage during transit from the factory to the dealership. 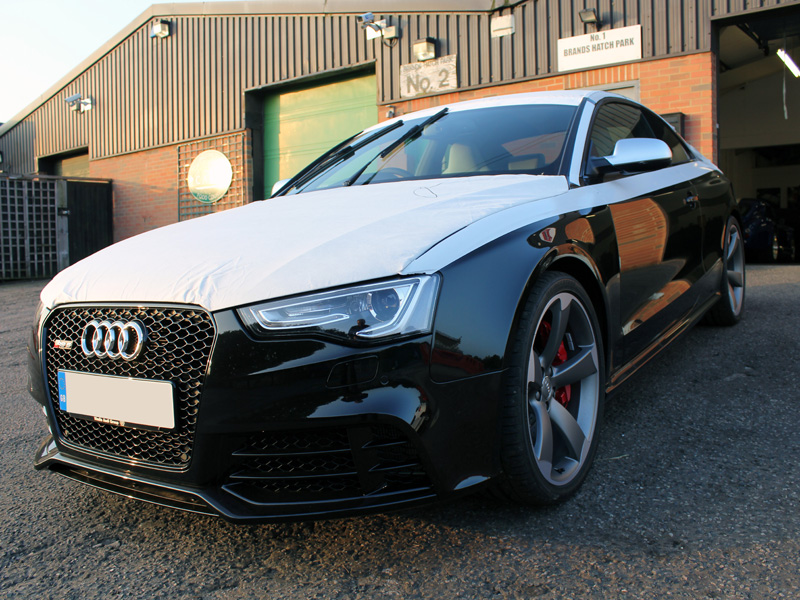 The protective fabric is held in place using a strong adhesive tape which must be peeled away carefully. Dirt and grit often gets caught in the line where the adhesive bonds the fabric to the paintwork. Invariably this causes issues when it comes to removing the adhesive from the bodywork as the contamination can cause scratches. – Derek Ginger, Master Detailer, UDS 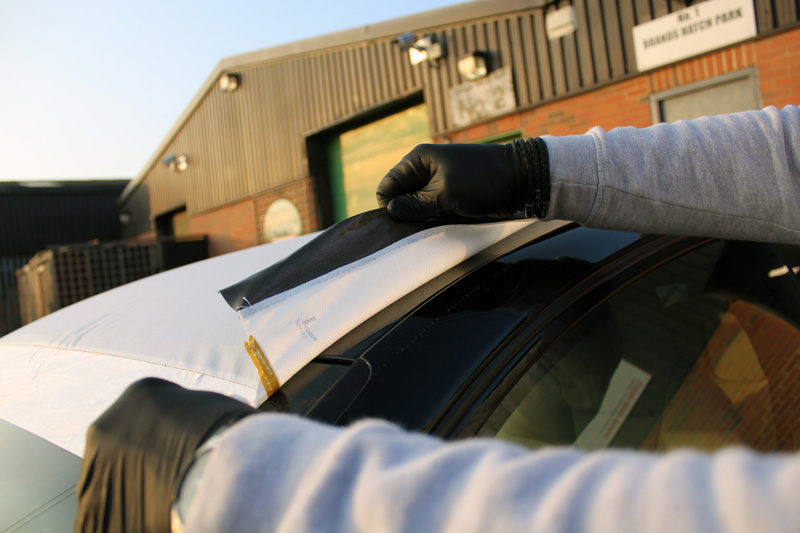 Often, manufacturers will also place protective foam strips to act as cushions against knocks and these too are stuck on with adhesive. 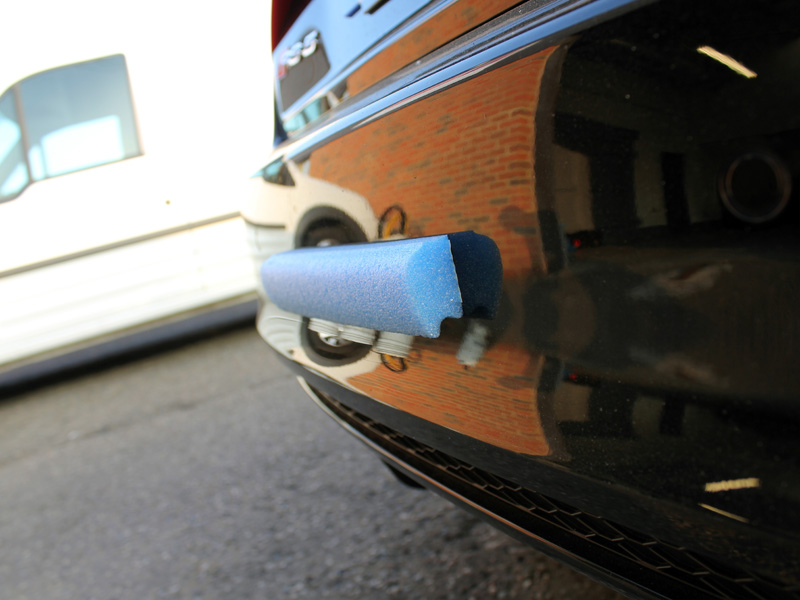 After removing the protective fabric from the bodywork, close inspection revealed significant swirl marks and holograms! 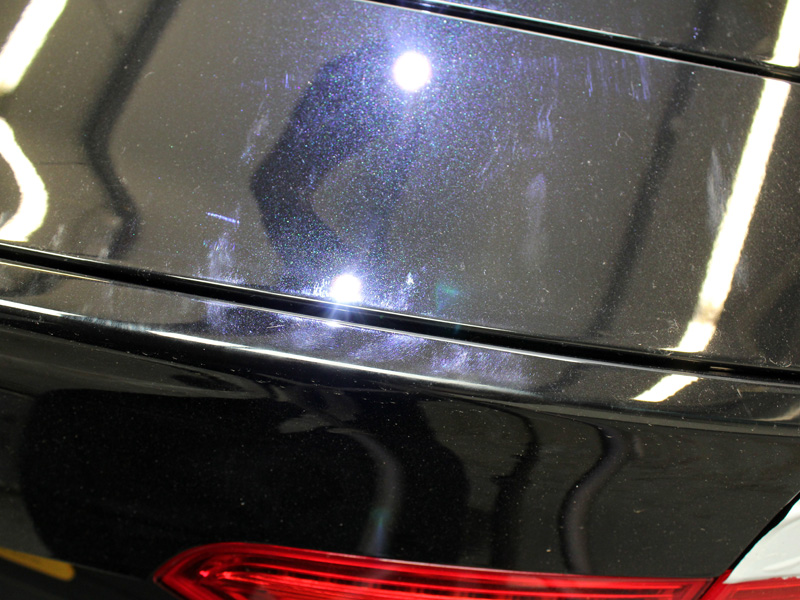 The boot has a small spoiler which automatically deploys when the car is driving at 75mph or faster. This strip across the back had some quite severe scratching on it, almost as though something had been dragged across it, the wings also had similar marks. – Derek Ginger, Master Detailer, UDS 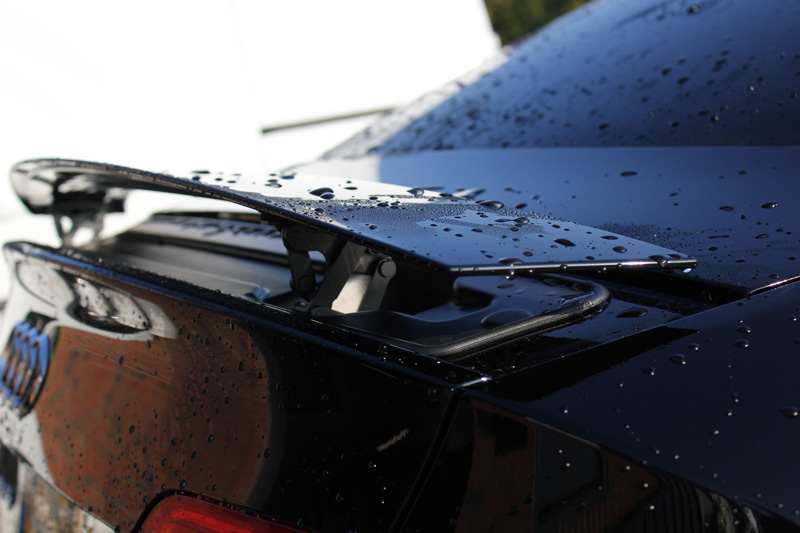 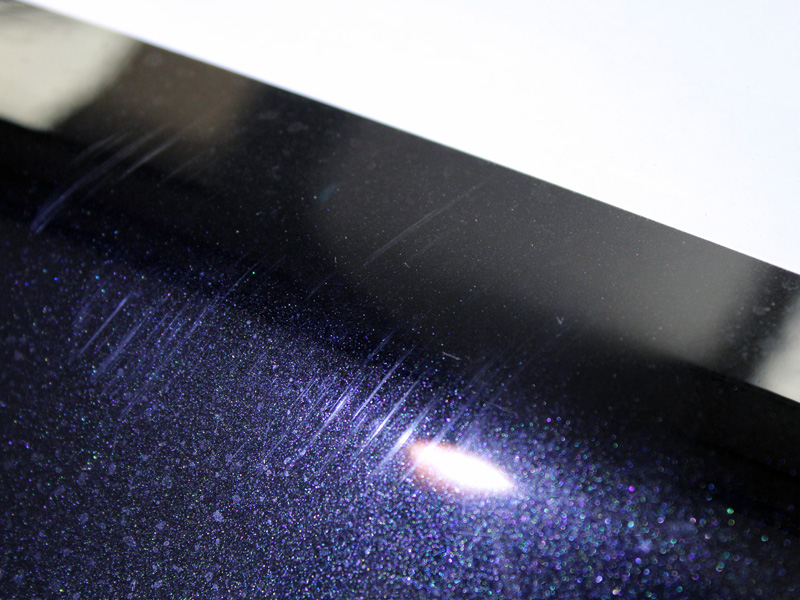 Initially the bodywork and wheels were treated with Bilt-Hamber Korrosol, an iron contamination remover which changes colour on contact with contaminants. New cars are often transported by rail and are stored in railway sidings. The iron particles enter the air when trains brake hard and, as they’re hot, bond with any surface they come in to contact with. 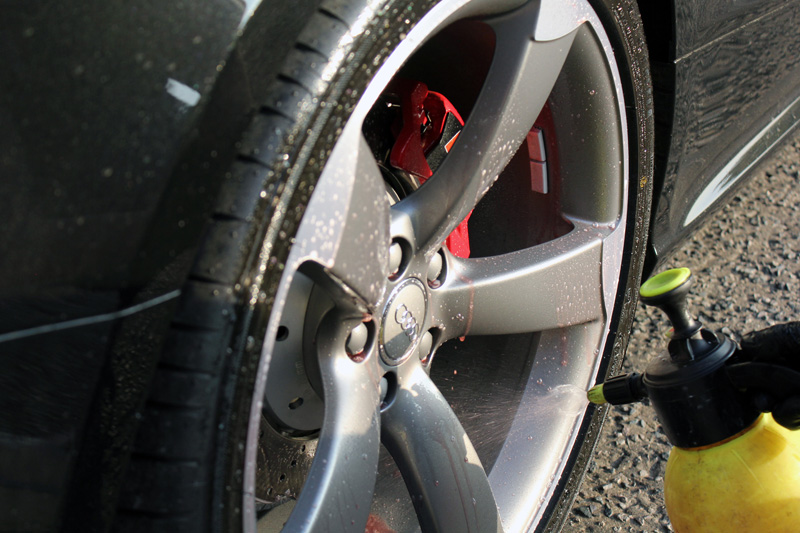 The wheels were then washed using Valet Pro Bilberry Wheel Cleaner and a UF Wheel Woolie, designed with a long handle to allow easier cleaning at the rear of the wheel. 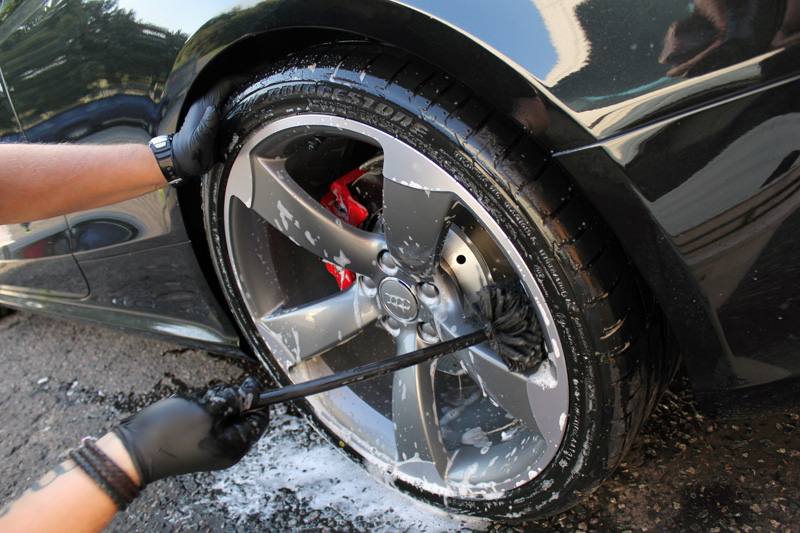 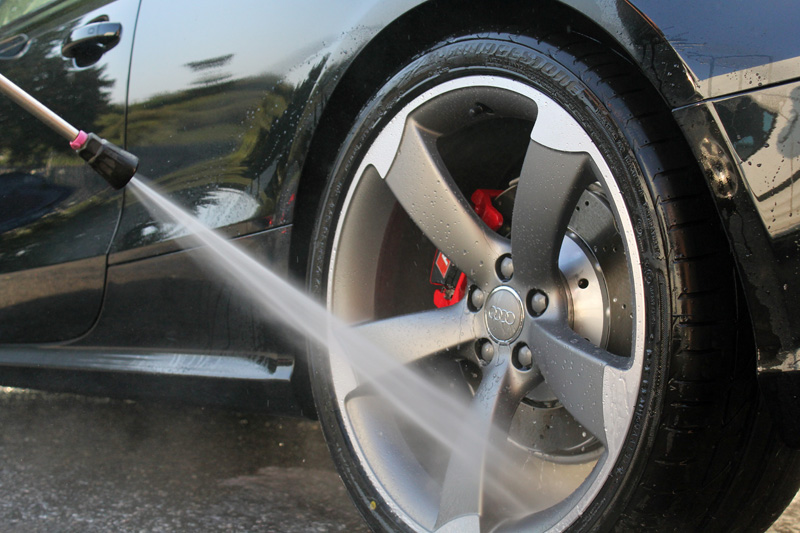 The RS5 was degreased using Bilt-Hamber Surfex HD before Valet Pro Citrus Tar & Glue Remover was sprayed on to the surface to loosen the adhesive remnants. Then, Ultimate Snow Foam was applied to remove the larger particles of dirt gripping the bodywork. 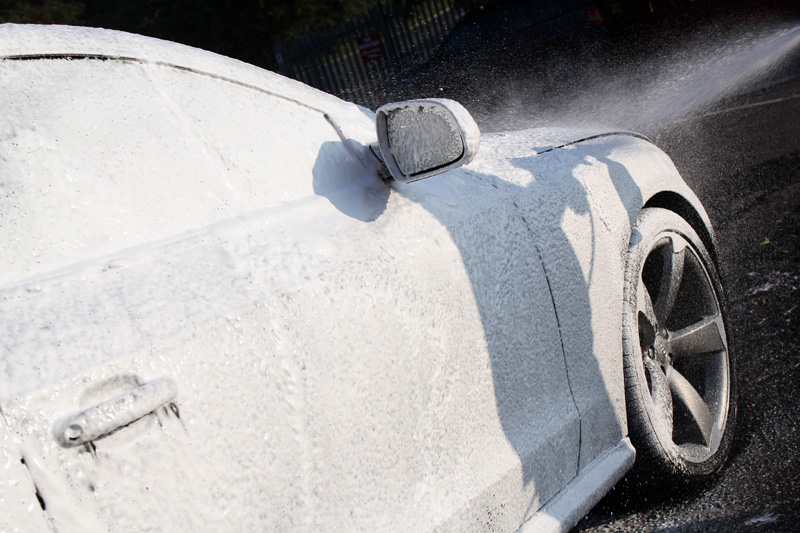 After allowing Ultimate Snow Foam to dwell for five minutes it was rinsed off, then a second coat applied and used as a lubricant for the Dodo Juice Square Sponge Clay Pad. 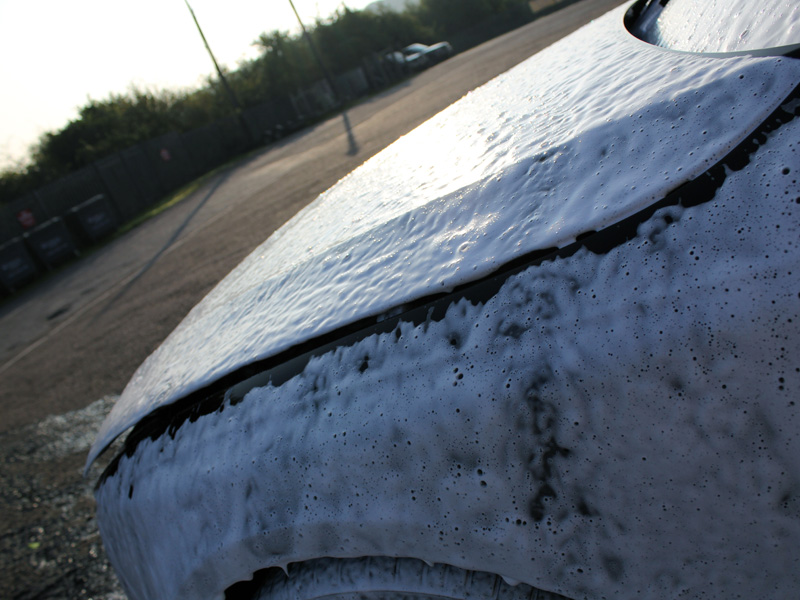 The adhesive was strong and had bonded well to the bodywork I needed to use quite an aggressive clay to remove it. The trouble with these grades of clay is they can leave marring in the paintwork as a result. – Derek Ginger, Master Detailer, UDS 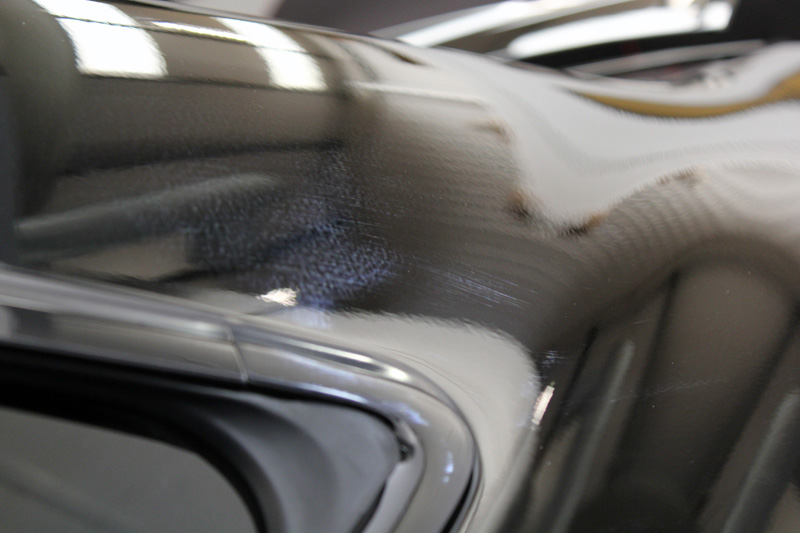 To remove the marring caused by the clay process, machine polishing was required. In this instance a FLEX PE14-2-150 Rotary Polisher was used. The pad selected was the SCHOLL Concepts Orange Polishing Pad and this was combined with POLISHANGEL Master Compound I to tackle the worst of the blemishes. 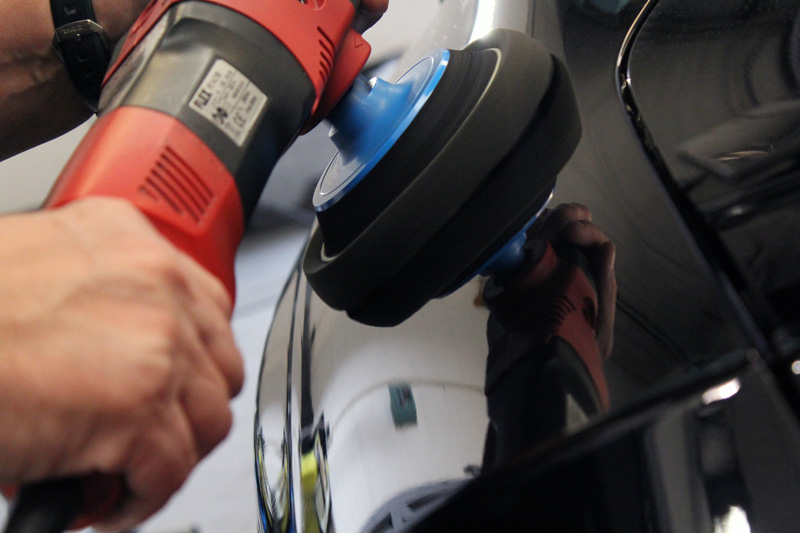 With the paintwork now looking good as new the bodywork and wheels were cleansed using Gtechniq Panel Wipe to remove any traces of silicones and polish residue. This ensures the surfaces are completely clean and bare which will allow the sealant to bond effectively. In this instance, Gtechniq Crystal Serum was applied. Crystal Serum is an extremely durable, hydrophobic coating which provides protection from industrial and environmental fallout. Forming a hard sub-micron bond with the car’s lacquer, Crystal Serum is so tough to remove it’s available for application only through the Gtechniq Approved Detailer network.

Whilst waiting for the sealant to cure the Audi’s windows were cleaned and then sealed using Gtechniq G1 ClearVision Smart Glass; a hydrophobic barrier which encourages rain water to bead and blow away when driving in bad weather conditions. The 19 inch alloy rims were protected using Gtechniq C5 Alloy Wheel Armour which provides a heat resistant, hydrophobic and oleophobic barrier against brake dust and road grime build up. The tyres were dressed with Swissax Pneu to give them a natural satin sheen. 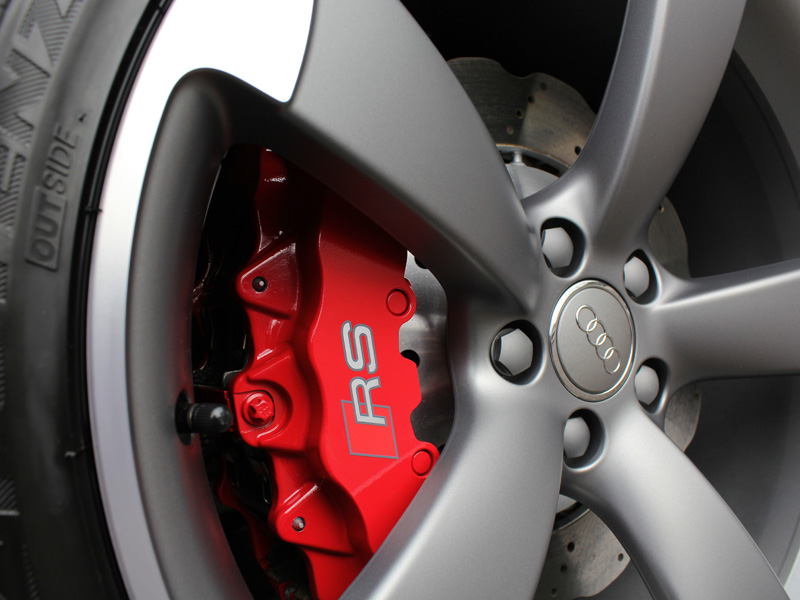 Once Crystal Serum had cured the bodywork was finished with a layer of Swissvax Endurance. Like Crystal Serum, Endurance is for professional application only. With Endurance the panels need to be above 30 degrees in order for the wax to bond fully with the paintwork and provide maximum durability. When applied correctly Endurance will provide a deep, characteristically carnauba-based wet look shine that lasts up to two years.

When the customer collected his brand new Audi RS5 from the Ultimate Detailing Studio he was astounded by the level of shine. With a tough sealant and a tough wax on board, this RS5 is the probably the most protected Audi in the UK! 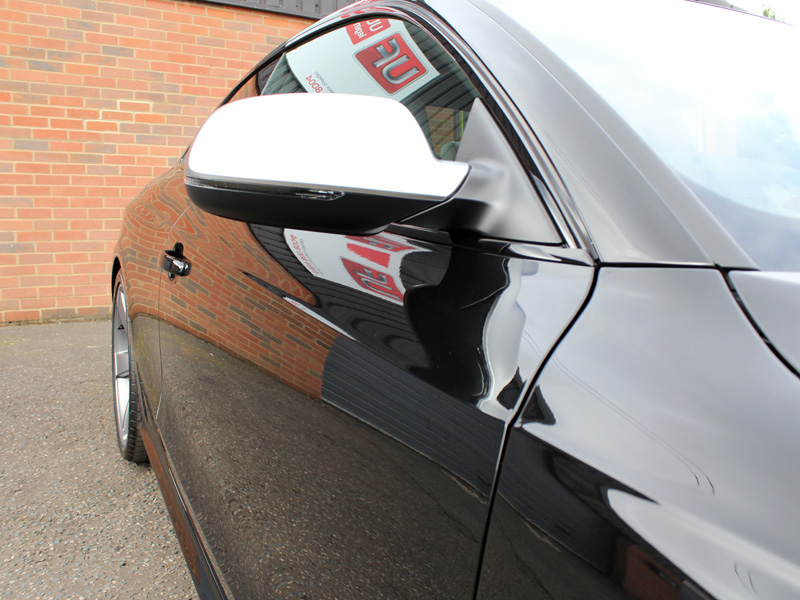 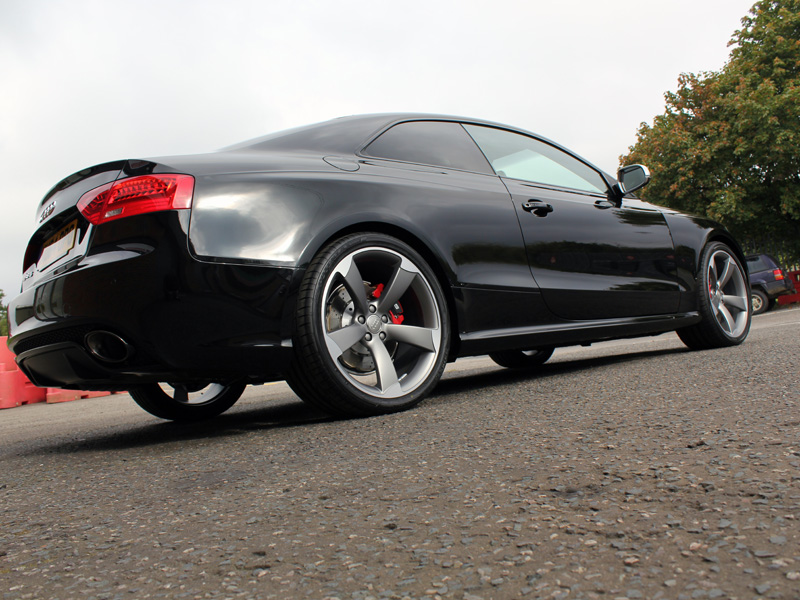