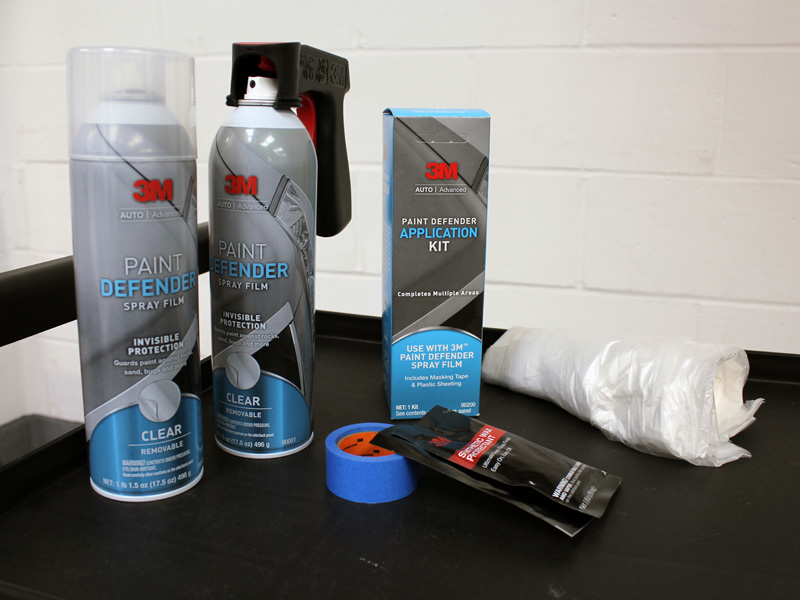 Stone chip films have been around for a long time but until now they have typically been the province of super car owners and the track day enthusiast. Traditional stone chip films are pre-cut to the pattern of the vehicle, requiring a professional to cut and apply the film. It can be an expensive process and, for most people, it’s just not worth the money, particularly if the car is just an every day runner, or a fun-day Sunday car.

But is this all about to change…..?

Originally developed to protect new cars en route to dealerships, 3M Paint Defender Spray Film has been two years and eight months in development and testing. After no fewer than two hundred and forty eight formulations 3M Research and Development finally hit on a winning combination – a user-friendly, spray-on film protection with 100% clarity, at a reasonable price.

Many people would protect their cars against stone chips if they could find a cost effective solution. Most of the pre-cut pattern solutions currently available can cost thousands of pounds to have applied professionally, which for a lot of people is just too expensive. 3M claim the Paint Defender Spray Film provides an effective stone chip protection system at a reasonable cost, so we had to try it out! – Jez Gilman, Managing Director, Ultimate Finish

To test the 3M Paint Defender Spray Film Ultimate Finish persuaded a long-standing customer to ‘donate’ his Lamborghini Murcielago LP640 as the test vehicle. An ideal candidate as the car was due to be driven hard for the 684 mile round trip from Brands Hatch in Kent to the 24 hour Le Mans Classic in mid-west France.

To prepare for the application the car was decontaminated, washed and dried before being given a light machine polish to ensure the paint was smooth prior to the test. 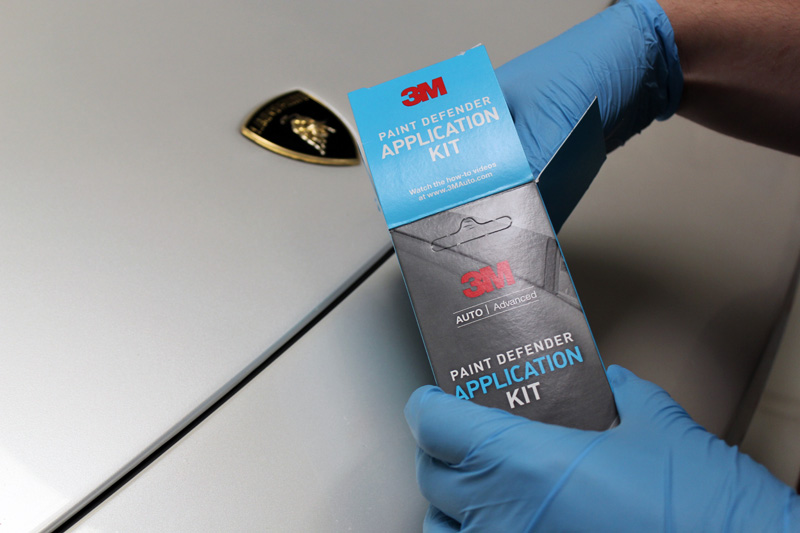 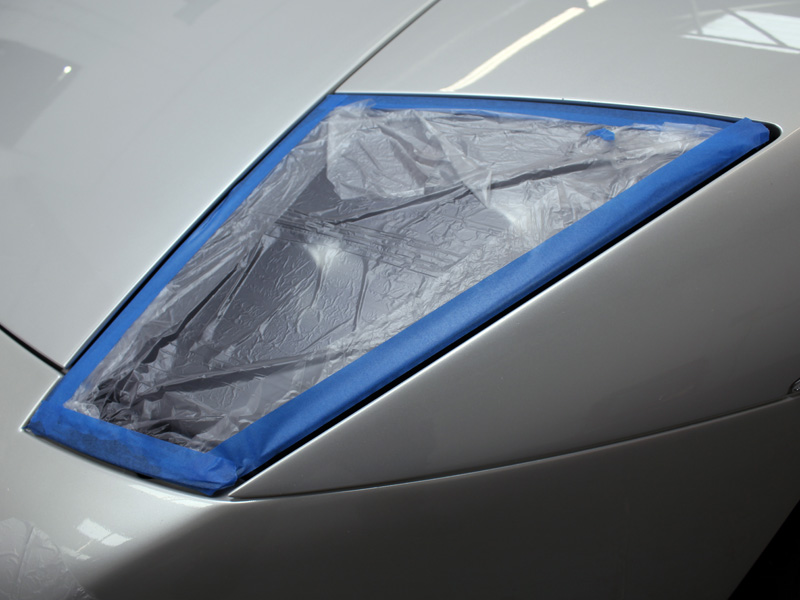 The grilles and wheels were covered too – with the product being aerosolised it was important to avoid over-spray in unwanted areas. 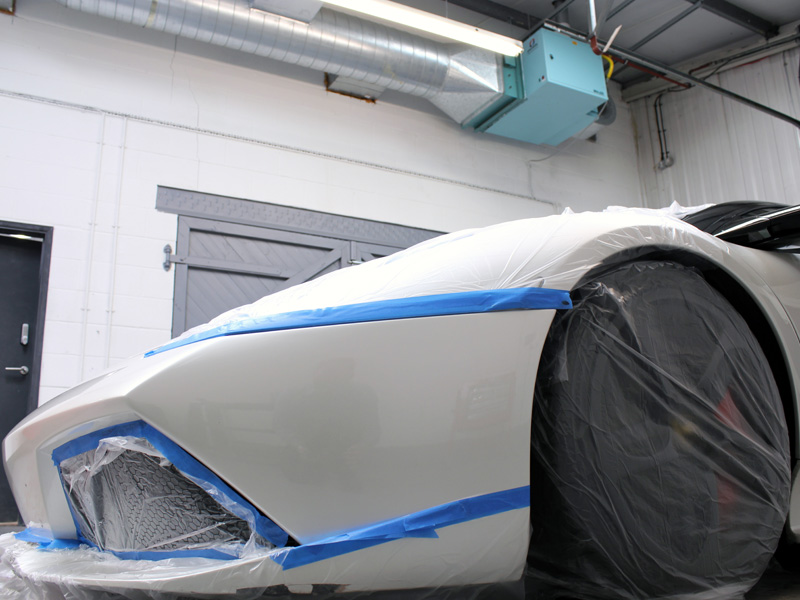 Before the spray film could be applied, the paintwork was hand polished using 3M Synthetic Wax and buffed off with a microfibre to remove any excess. This process allows for easier removal of the film when required. 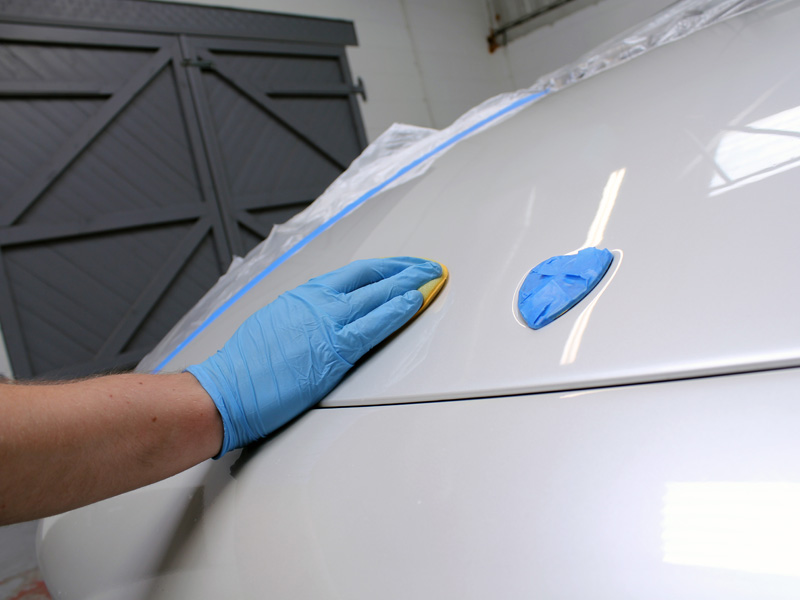 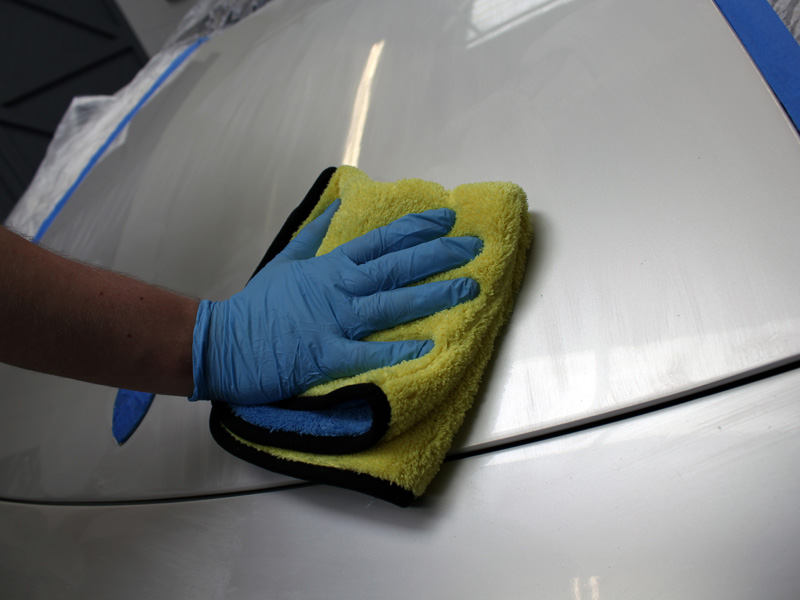 Fixing the supplied trigger to the can of Paint Defender Spray Film the product was applied in smooth, even strokes, working left to right and then up and down, keeping the can at an equal distance from the surface until the area had been completely covered with the product. 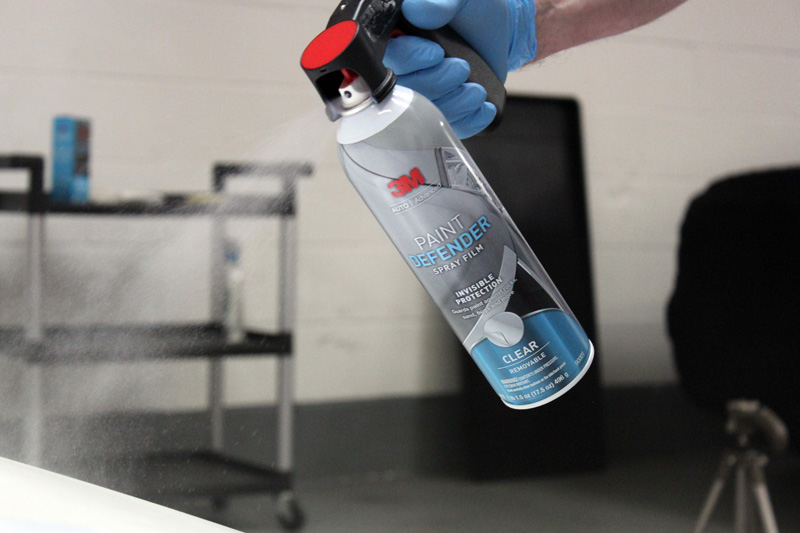 If the product is applied too thinly the coating may not provide enough protection. Apply it too thickly and runs begin to appear, similar to paint applied too thickly. 3M advice is to spray enough to allow an orange peel texture to form. 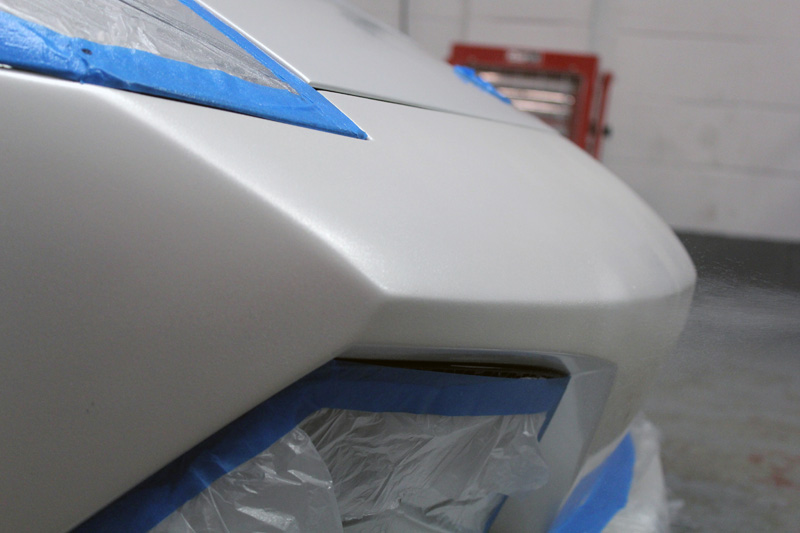 The orange peel texture denotes water content – unsurprisingly as 3M Paint Defender Spray Film is water-based. As the product cures the water evaporates leaving a 100% clear protective film. Whilst the film is still wet the masking tape was removed from the panels to reveal a crisp, straight edge. If the tape is removed once curing is complete, the over-spray on the tape will have bonded with the rest of the product and removing the tape will pull the film off the whole section, including the part that should be protected! 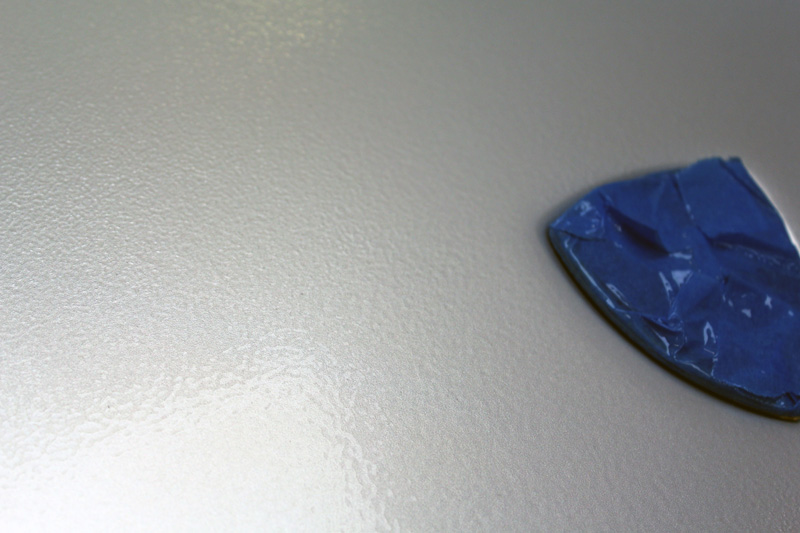 The self-levelling nature of the 3M Paint Defender Spray Film is evident as it cures, flattening and slowly reducing the orange peel effect. 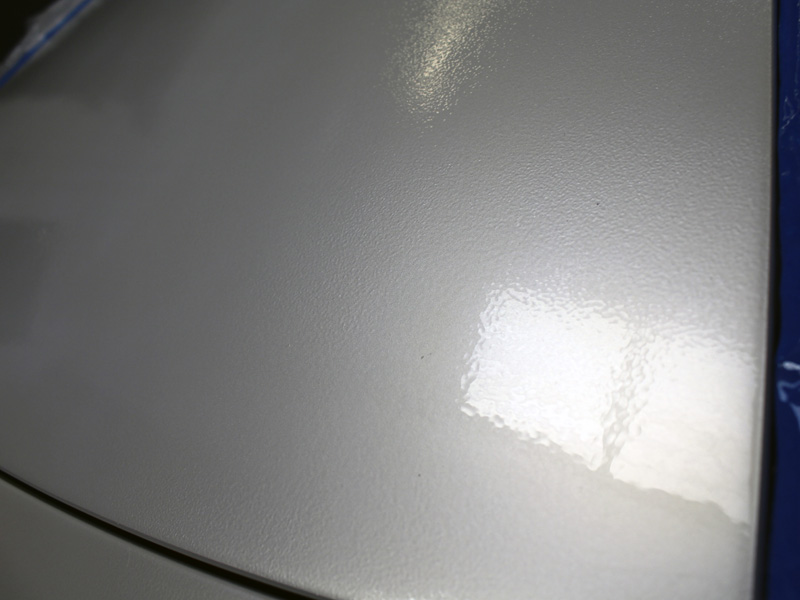 Initial drying time takes around four hours. This process cannot be speeded up with dryers, infra-red lamps or heaters. During this time 3M advice is to keep the vehicle out of the elements. Full curing takes up to 4 days. If the film gets wet between the drying and curing times the water will be reabsorbed by the film, turning it a milky colour. If left alone the water will evaporate and the drying and curing times begin again. It’s important not to touch the product whilst it’s wet or it will smudge, thus affecting the final appearance of the film. 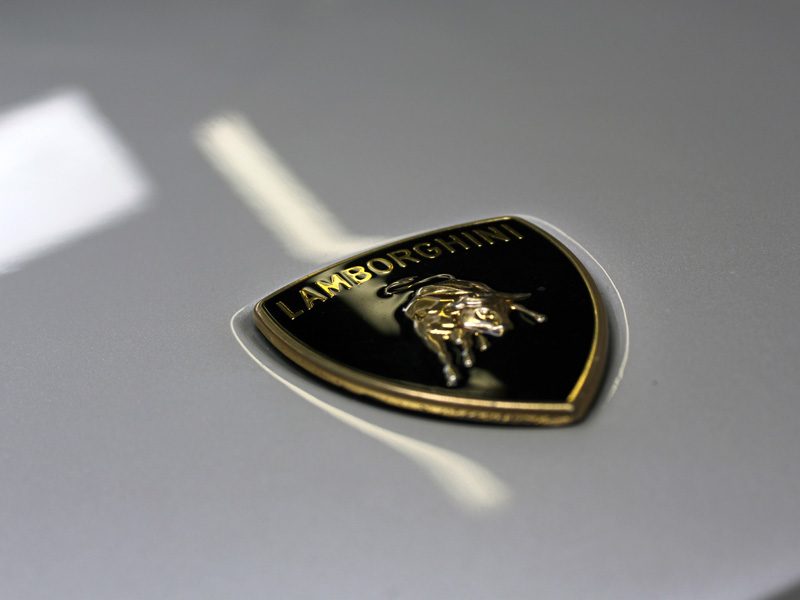 3M Paint Defender Spray Film is best applied at room temperature but once cured is purported to be able to withstand the worst the British weather can throw at it! It is designed to be washed and dried in the same way an untreated car should be and requires no special treatment.

So, with the 3M Paint Defender Spray Film fully cured, the Murcielago set off to make the six hundred mile round trip to the Le Mans Classic. Plenty of miles for this low slung car to pick up potential stone chips! 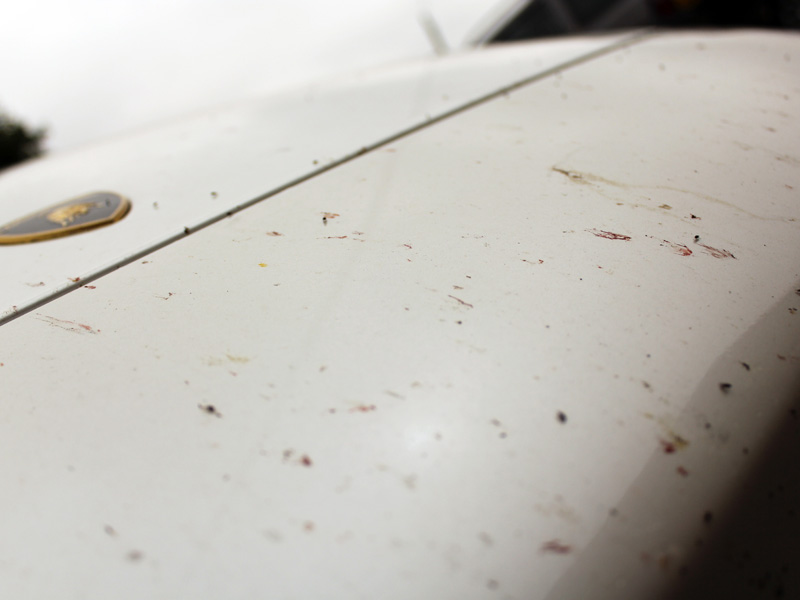 Some 5 days later the Murcielago returned to Brands Hatch and unsurprisingly it was covered in bug splats and dirt! 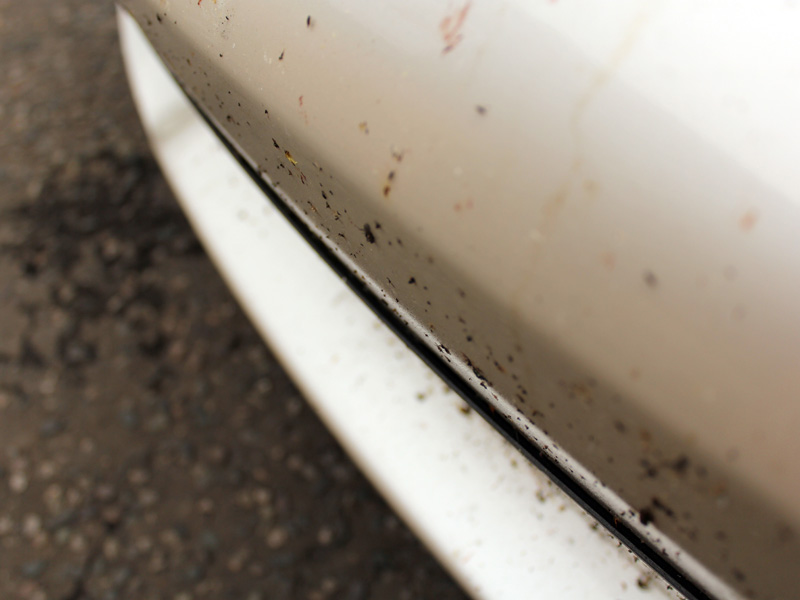 Removing the film was easy and was completed in just under 10 minutes with the owner describing pulling the film off as a little addictive! 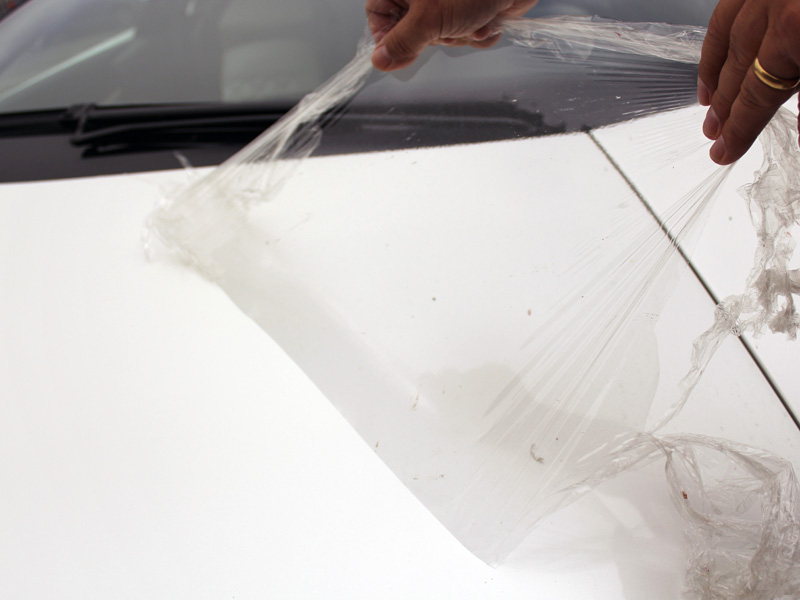 The protection the film offers is clear to see. There was evidence of dents in the film where stones had been hitting the bodywork. Fortunately the paintwork underneath the film was as pristine as it was after the polishing stage, impressive stuff indeed! 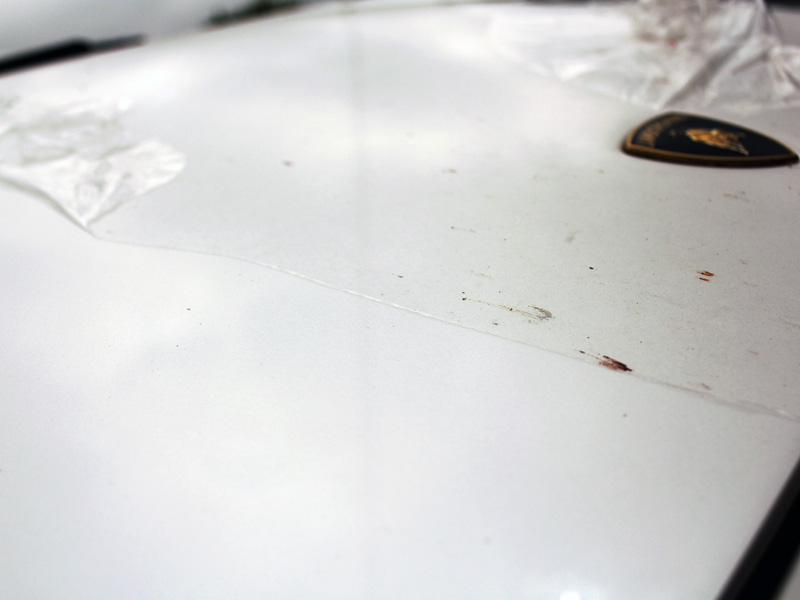 Ultimate Finish verdict: 3M Paint Defender Spray Film is a cost effective semi-permanent solution for anyone looking to offer their car’s paintwork protection from the worst the road can throw at it.

A comprehensive range of 3M products, including the 3M Paint Defender Spray is available at Ultimate Finish