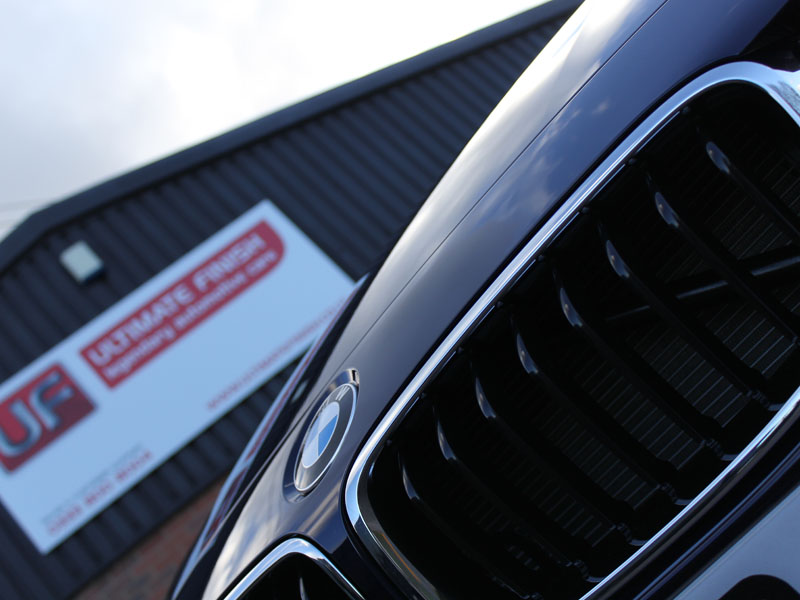 Maybe it’s because of an increase in wet and windy weather, or maybe it’s simply the new fashion accessory, but four wheel drive is more popular now than ever before. As a result many car manufacturers are offering four wheel drive options in most classes of vehicles. BMW has launched the all new F30 335d xDrive and with a three litre engine producing 313 bhp and 465 lb-ft of torque it’s safe to say this all-wheel drive tourer is very quick off the mark!

It’s common for owners of new vehicles to want to protect their paintwork with a New Car Protection Treatment however, this particular 335d xDrive was brought in to the Ultimate Detailing Studio by the dealership. Having taken delivery of the car it had been parked under a tree. The sap and the pollen combined with dust from nearby building works had conspired to make a devastating mess of the bonnet.

When it came into UF the pollen had actually completely bonded to the clear coat, leaving a patchwork of whitish-yellow flakes caked in brown dust. The bonnet was so badly contaminated that, if untrained hands had tried to wash it off, the results would have been….well, it would probably have needed a respray. – Master Detailer, UDS 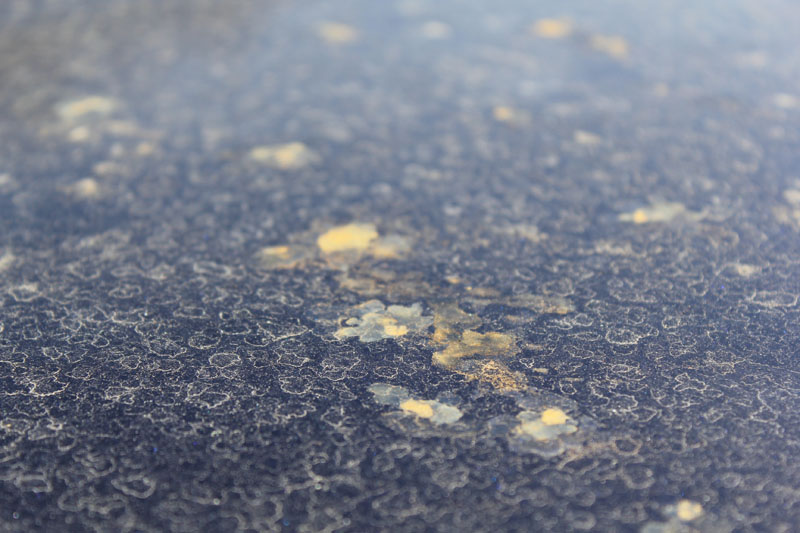 To start with the whole vehicle was treated with Bilt-Hamber Korrosol to remove the bonded inorganic contamination before being degreased with Bilt-Hamber Surfex HD. The wheels had not been affected by the pollen and with an application of Valet PRO Bilberry using Wheel Woolies to get between the gaps and remove the dust picked up in transit, the wheels looked sparkling clean once more.

The bodywork was pressure washed initially to remove some of the loose contamination and was then pre-cleaned using Ultimate Snow Foam. 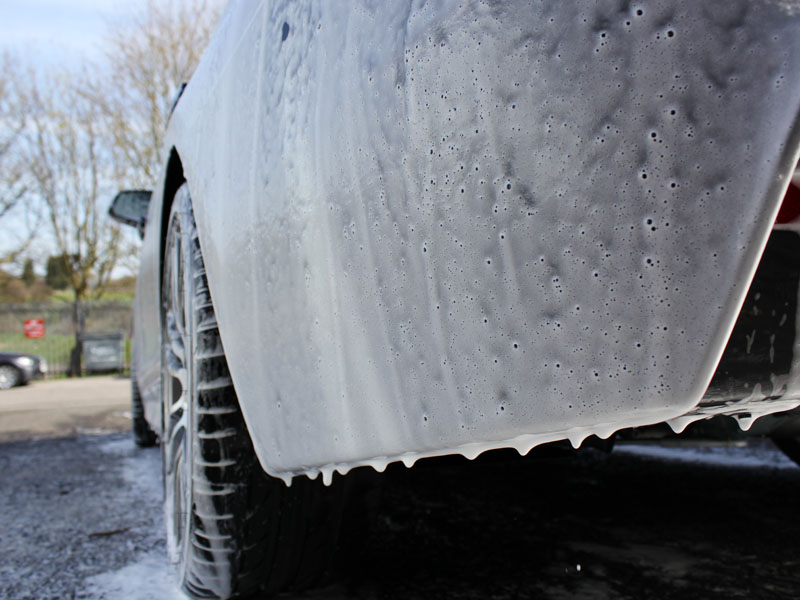 Usually, by the time we’ve decontaminated, degreased and pre-washed the vehicle, the paintwork starts to look better, but in this case the pollen had actually etched into the clearcoat, leaving white marks all over it. New Car Protection Treatments don’t usually involve machine polishing but it was clear machine polishing was the only thing that was going to remove the damage. – Master Detailer, UDS 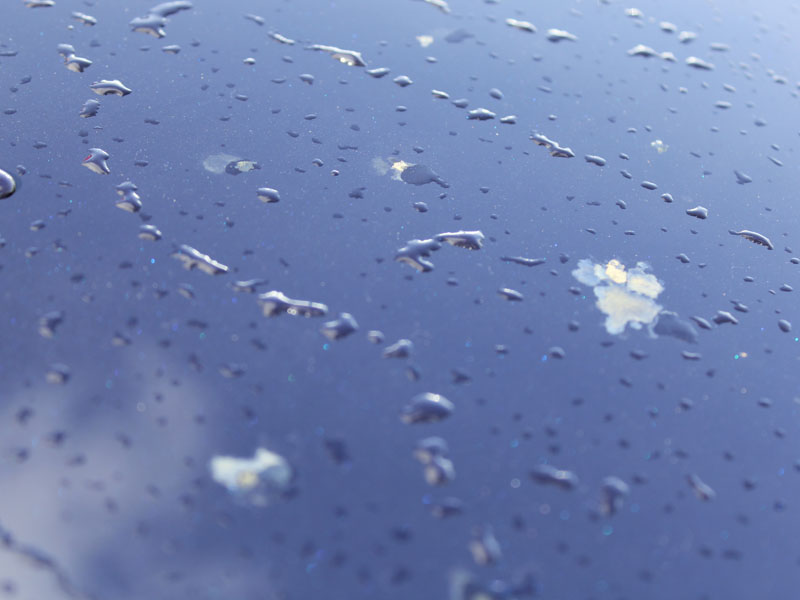 The xdrive was washed using the Two Bucket Method and Nanolex Reactivating Shampoo, rinsed using an Aqua Gleam De-Ionising Water Filter and then carefully patted dry using a Gtechniq Zero Scratch Microfibre Drying Towel. The marks from the tree pollen remained on the bonnet and would require further attention before machine polishing could start. 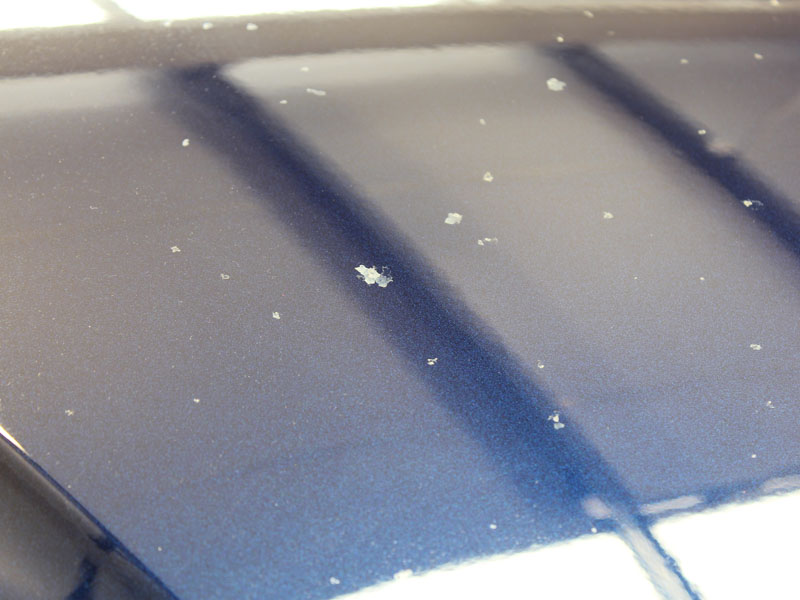 Bilt-Hamber Auto-Clay Original was used to remove as much of the remaining pollen and sap as possible in order to leave the surface smooth and ready for machine polishing.

As the etching was significant, I needed a fairly aggressive combination of pad and compound to start with. I could then refine afterwards to restore the full sparkle of the Tanzanite Blue Metallic paintwork. – Master Detailer, UDS

Selecting the RUPES Zephir Gel Compound and the RUPES Blue Coarse Cutting Microfibre Polishing Pad to use with the RUPES LHR 15ES BigFoot polisher, our Detailer painstakingly removed the etch damage from the xdrive paintwork. 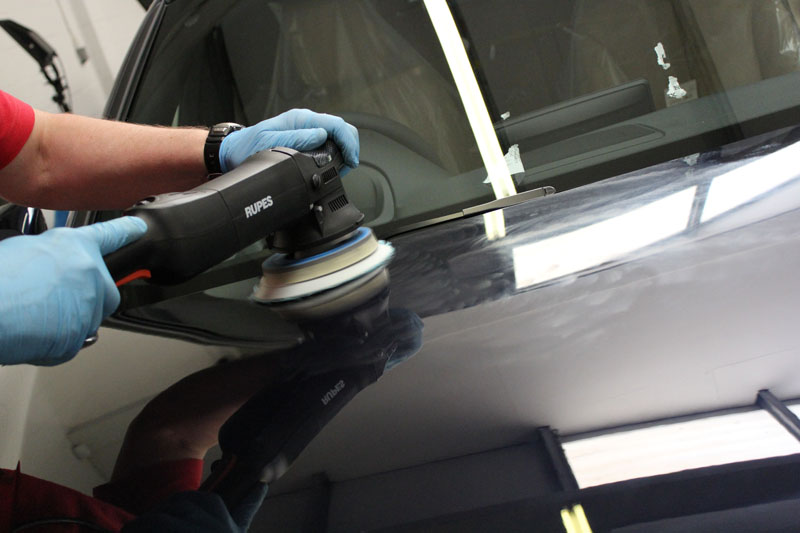 Then, using a RUPES Yellow Finishing Microfibre Pad and RUPES Keramik Gloss No 3, the paintwork was refined to a high gloss. 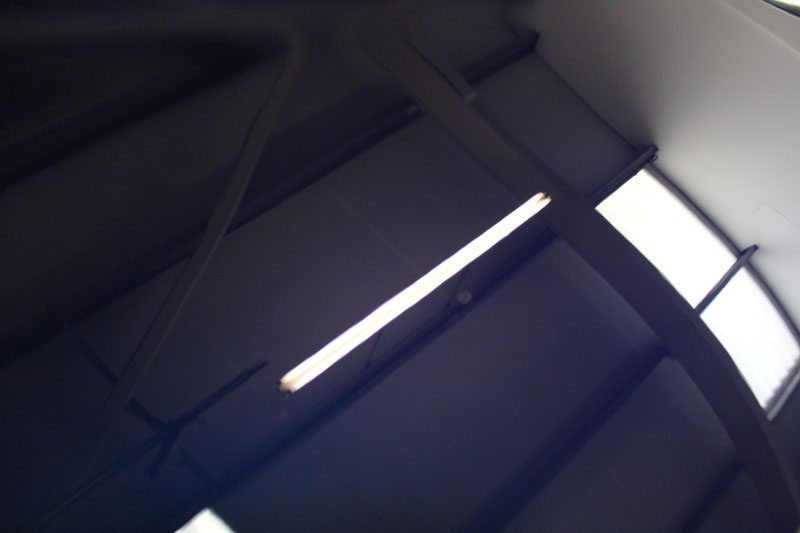 With the machine polishing process completed, the penultimate stage was to thoroughly prepare the paint ready to accept the sealant. To do this Nanolex Premium Paint Cleaner was liberally applied to the paintwork, removing any polish residues which might inhibit bonds forming between the clearcoat and the paint sealant. The final step was to protect the paintwork using Nanolex PROFESSIONAL Paint & Alloy Sealant.

Like BMW, Nanolex is a high quality, German manufactured product. The sealant is a glass-coat; based on nanotechnology it is incredibly tough and durable, so it’s an ideal protectant for a car that’s going to be used on a daily basis. Plus, the shine it leaves on the paintwork is fantastic and because this BMW had such a high calibre of flake I really wanted to show it off! – Master Detailer, UDS 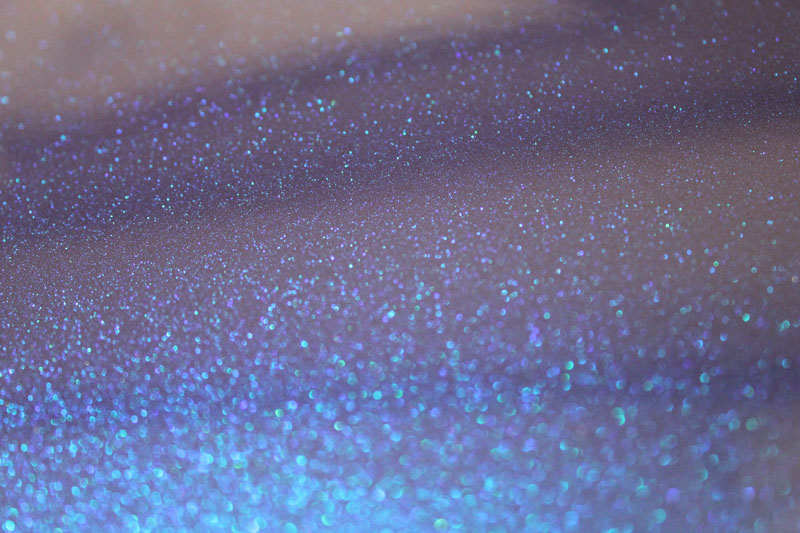 Nanolex Paint & Alloy Sealant was also applied to the wheels, forming a tough, anti-stick barrier which repels dirt and brake dust – this will make cleaning them much easier for the new owner. The exterior trim was protected using Nanolex Trim Rejuvenator, a tough coating which forms a chemical bond with the plastic making it extremely durable and so offering long term protection from UV fading. 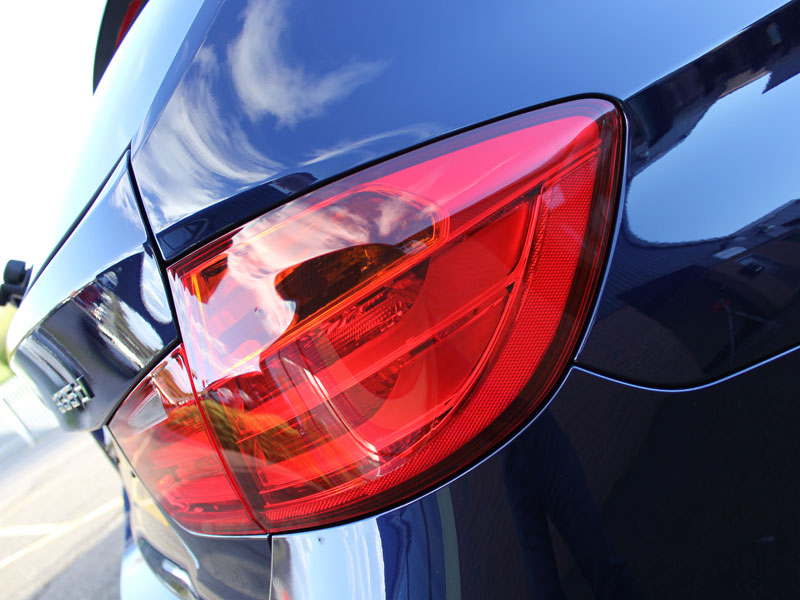 With the exterior now perfected and protected it was time to turn attention to the interior on the xdrive. The stunning cream leather received a coating of Nanolex PREMIUM Textile & Leather Sealant, a flexible coating which helps prevent staining through dye transfer from jeans and dark clothing, as well as liquid and food spills. 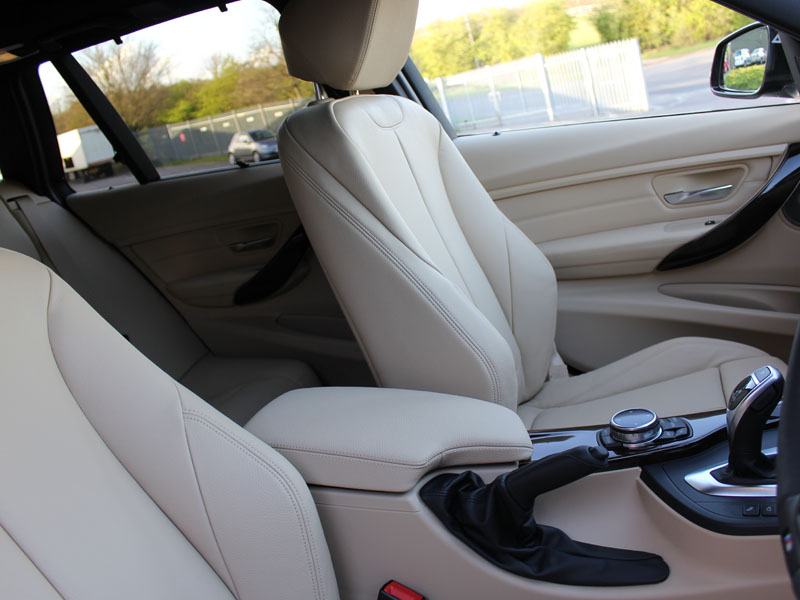 The glass on the xdrive was all cleaned using Nanolex Glass Cleaner and then sealed using Nanolex ULTRA Glass Sealant, a repellent coating which actively repels water and dirt. Once cured this sealant encourages rain water to bead and blow away, making driving safer and less tiring during rainy conditions.

The final step was to dress the tyres using Swissvax Pneu, leaving a natural satin sheen and finishing the look of the now sparkling BMW. 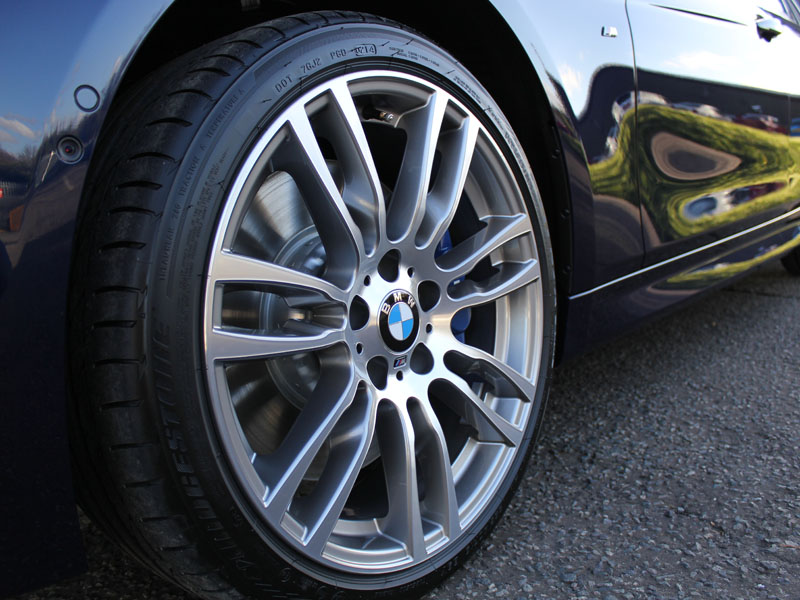 When the dealership collected the BMW they were extremely pleased with the standard to which the car had been prepared. Safe to say both the dealership, and Ultimate Detailing Studio had very happy customers! 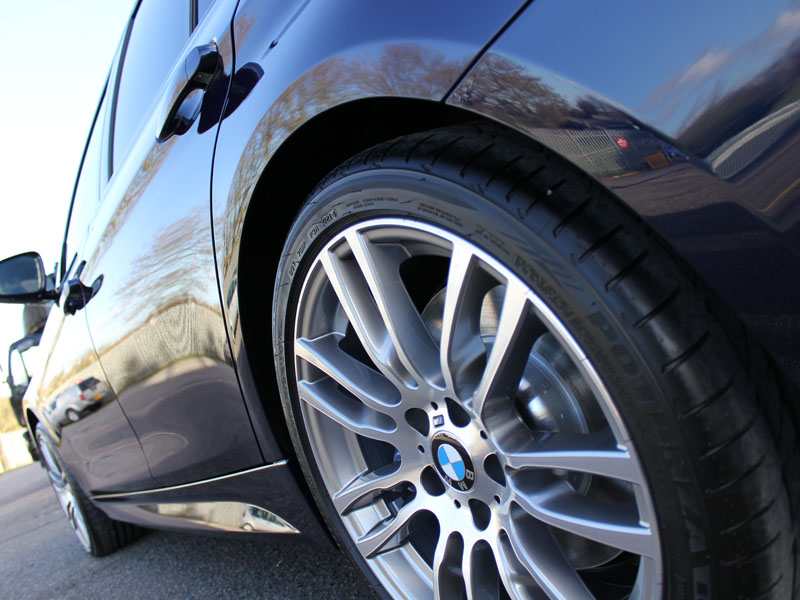 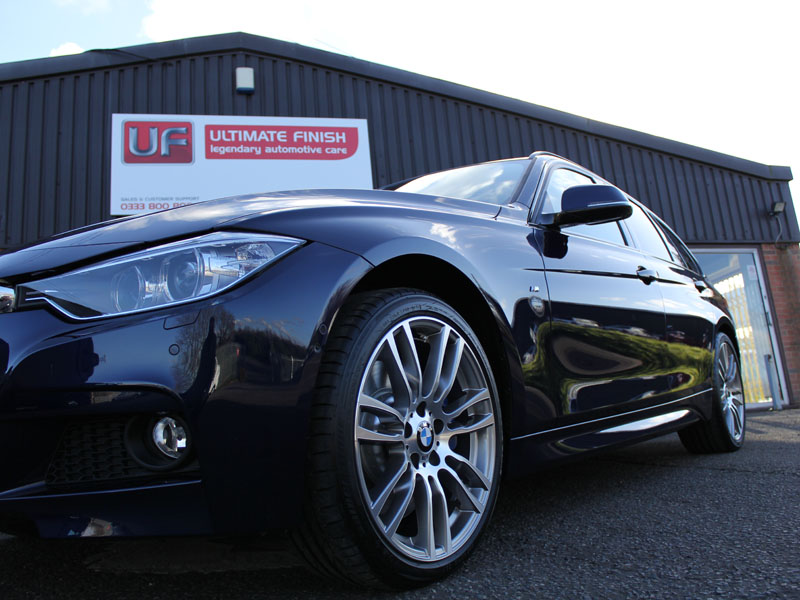 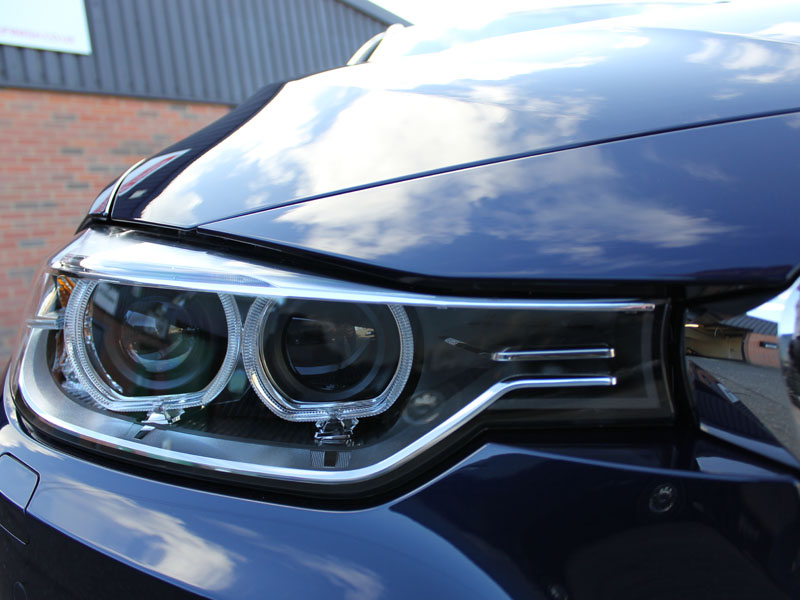 NEW BLOG: What are the two machine polishing accessories that really go a long way in making sure you attack imperfections in the most effective way? We reveal all in this blog!

Using its advanced cleaning technology, UF Safe Wheel Cleaner gently lifts dirt and contamination from wheels so it can be easily rinsed away.

Have you tried the Sansom Car Care range before? Joe Huntley breathes the life back in to a pretty grubby Jaguar XF using a selection of their very best. Tap the link below to start watching

Guess what just came back in stock?

Did you know that you can enjoy the benefits of a UF Trade Account, completely free and gain access to all of the following benefits?
•
✅15% off orders of £100 or more
✅No annual spend requirement
✅Online account history
✅Absolutely no fees
✅Order online 24/7
✅Next working day delivery for free (UK)
•
We have a huge range of detailing and car care products including several exclusives such as the Kamikaze Collection UK and BigBoi range. Simply head to the following link to apply for your free trade account today or swipe up on one of our Trade Highlight posts!
www.theultimatefinish.co.uk/Store/Content/Default.aspx?PageId=127
•
•
•
#trade #uftrade #theultimatefinish #detailing #valeting #carcare #proffesionaldetailing #detailingproducts #detailingsupplies #detailersofinstagram #instagramdetailers #onlineshop #onlinestore #carcare #carcareproducts #nextday #weareopen #openasusual #expressdelivery #inthetrade #shop #onlineshop #detailingworld #detailing #addictedtodetails #kamikazecollection #gtechniq #bigboi ... See MoreSee Less

Don't let the hot weather put you off spending a little time protecting your car.

Gtechniq Easy Coat connects in-line with your hose for a simple hose-on, rinse off application.

Get yourself 3 months ceramic protection in minutes. Tap the product icon in the image to order from UF today 🌞