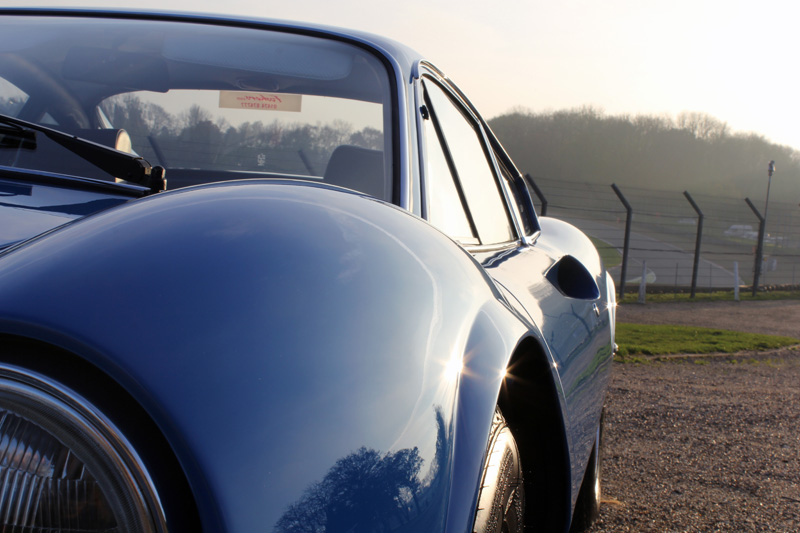 The Dino is a mid-engined sports car made by Ferrari from the late 1960’s to the mid 1970’s. Named in honour of Enzo Ferrari’s son and heir, the Dino was designed to offer a lower priced, more affordable sports car to challenge the likes of the Porsche 911. As a ‘baby’ sports car the Dino was only available with a V6 or a V8 engine, the mighty V12 engine, like the name Ferrari, being reserved for the ‘full fat’ sports cars Ferrari were making at the time.

Whilst it may appear the Dino was heralded as ‘lite’ model in its day, present day prices will testify to the enduring nature of the baby Ferrari. These days it’s unlikely you’ll find one in passable condition for less than the price of a two bed semi in the suburbs!

This particular Dino 246 GT Berlinetta had recently been picked up at auction by a long-standing customer of the Ultimate Detailing Studio. The previous owner had kept it for high days and holidays, particularly if there was an event on at the likes of Silverstone or Oulton Park! According to the paperwork in 2002 this Dino had been SORN’d pending an extensive overhaul to the tune of around £70,000 during which time the chassis, interior and electrics had all been attended to. However, on collecting it from the auction house the fastidious owner decided to invest in a complete engine rebuild courtesy of a local renowned Ferrari specialist. Some months later when the final nuts and bolts were fitted and tightened it was immediately delivered to the Ultimate Detailing Studio for evaluation and subsequently a Full Paintwork Correction Treatment.

During the 2002 overhaul the Dino had been resprayed in the original Azzurro (blue). As is often the case with bodyshops, their art lies in the spraying rather than the finishing and whilst there was a good thick, even layer of paint over the bodywork, the finish was considerably marred. My initial evaluation that it was going to be a three day correction process was a bit optimistic. But then it is always difficult to gauge the paintwork accurately until it’s been thoroughly decontaminated and cleaned as built up layers of grime can hide blemishes. – Derek Ginger, Master Detailer, UDS

It was quite obvious, from the outset, that the Dino was in need of a thorough and deep clean! 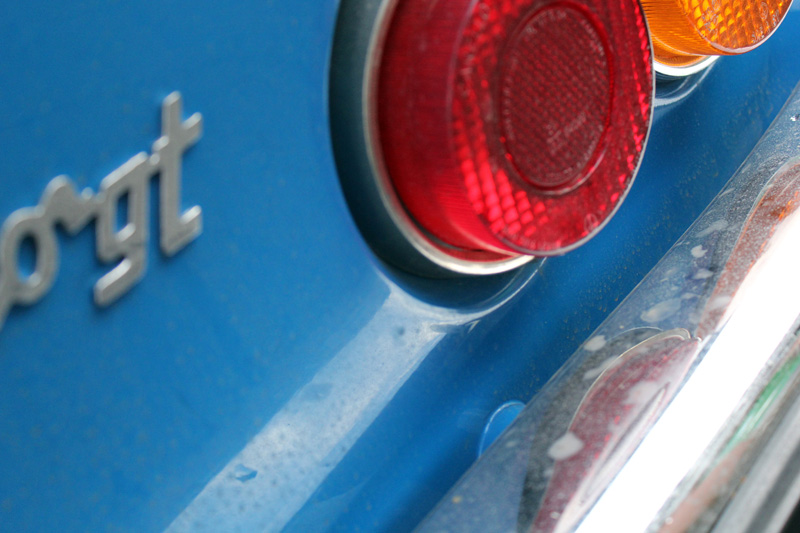 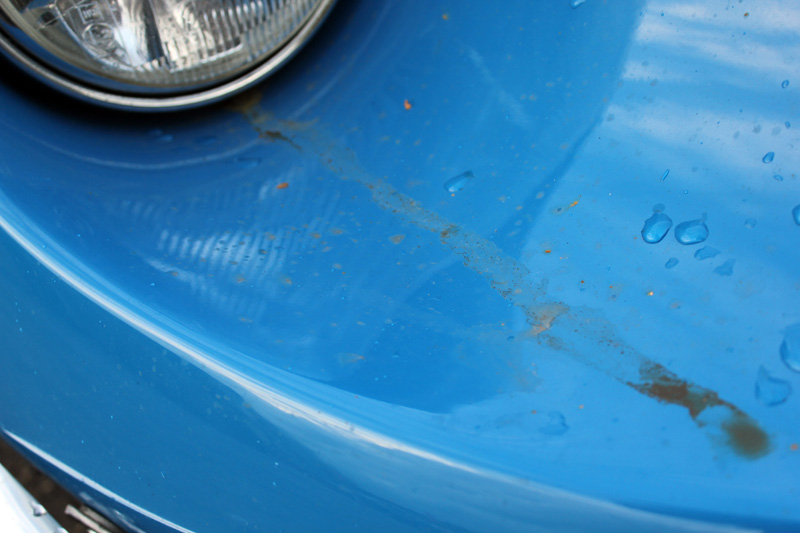 Initially the Dino was treated with Nanolex Wheel Cleaner & Iron Fallout Remover, to ensure any ferrous contamination was removed. This product works to shrink the contamination, encouraging it particles to break their bond with the substrate and allow them to be freely rinsed away without the need for scrubbing at the paintwork. Safe for bodywork as well as wheels, the fallout remover changes colour on contact with contamination, highlighting when and where it’s working. As this product doubles as a wheel cleaner, the intricate rims were cleaned using a detail brush to ensure the hidden spots were completely clean.

As cars typically collect a fair amount of grease when they’re being worked on, particularly during an engine rebuild, the next stage was to degrease the Dino thoroughly, taking particular care around the engine bay, boot and door shuts. As the final part of the pre-wash decontamination process the Dino was treated with Ultimate Snow Foam to remove any larger particles of dirt and grit still clinging to the surface. 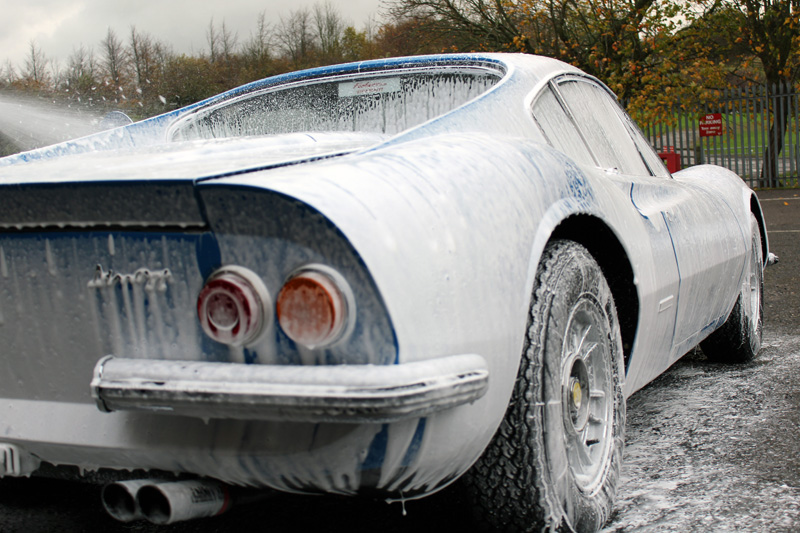 After being washed and dried the car was brought inside the detailing studio and examined carefully under high intensity lighting. The marring on the bodywork was more extensive than had originally been anticipated, so a call was made to the customer to extend the Dino’s stay with the Ultimate Detailing Studio. 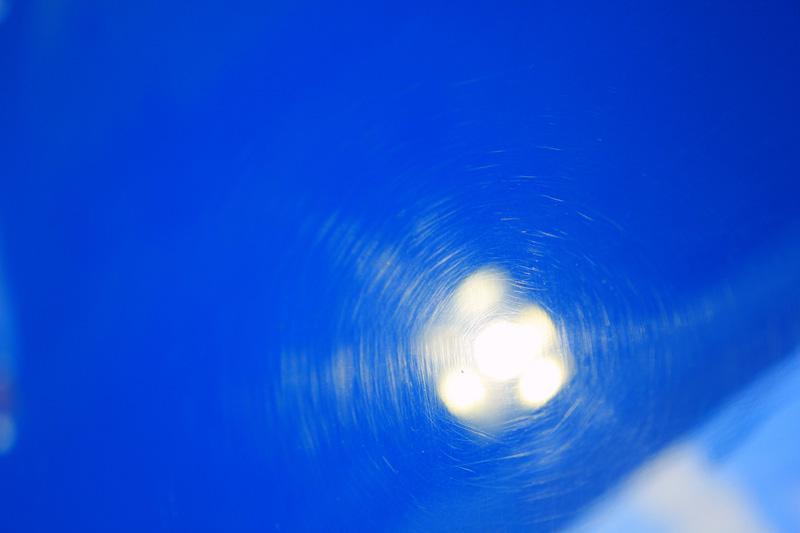 I knew it had been resprayed and whenever you’re dealing with non-original paint there’s always an element of surprise with what you find! It’s essential to examine it carefully once it’s been thoroughly cleaned so you can get a clear and concise look at the condition. Equally, it’s imperative to take several paint depth readings to see if the paintwork is even and whether there is any filler you need to be careful of. Typically Ferrari paintwork is quite soft and it can be quite thin, so it’s particularly important when working on a classic such as this. – Derek Ginger, Master Detailer, UDS 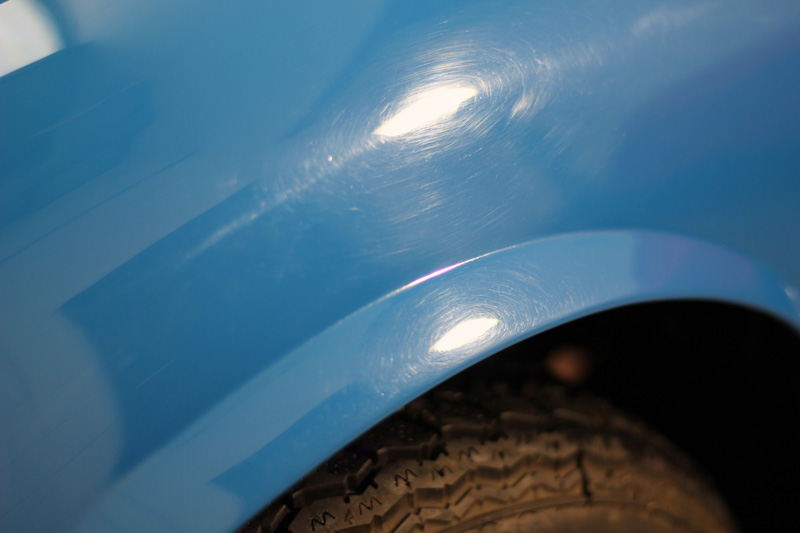 The RUPES machine is ideal in this sort of situation where you need a heavy cut but without the heat build-up. The paintwork actually wasn’t as soft as you would expect Ferrari paint to be, so it took quite a bit to get the worst of the scratches out of the paintwork. After the first pass I switched to a RUPES Grey UHS Pad with SCHOLL’s S3 Gold for the polishing stage. I also had the RUPES MINI on hand as the Pininfarina-designed bodywork has lots of curvy lines, so I really needed a smaller head to get into the tighter areas. – Derek Ginger, Master Detailer, UDS 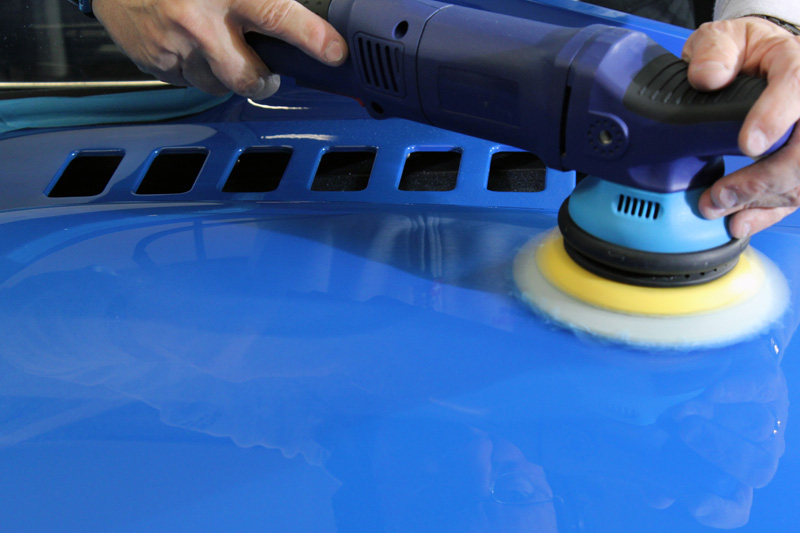 To refine the paintwork the FLEX PE14-2-150 was used with a Flexipads Coolshine Red Polishing Pad and PolishAngel | Glasscoat Invincible 9H Primer. Then for a protective, glossy finish a couple of layers of PolishAngel Glasscoat Cosmic 9H were applied by hand.

The interior was given a refresh with PolishAngel Snowcake which also acts as a barrier to UV rays. The metal trim was polished with Gtechniq M1 All Metal Polish to restore a luscious glow. The wheels were protected using PolishAngel Supersport PTFE Wheel Wax and the tyres dressed with PolishAngel Honey to leave a natural, satin glow.

The new owner hadn’t seen his purchase for some time, but was none-the-less astounded by the difference. For a ‘baby Ferrari’ this Dino was certainly ready to play with the big boys again! 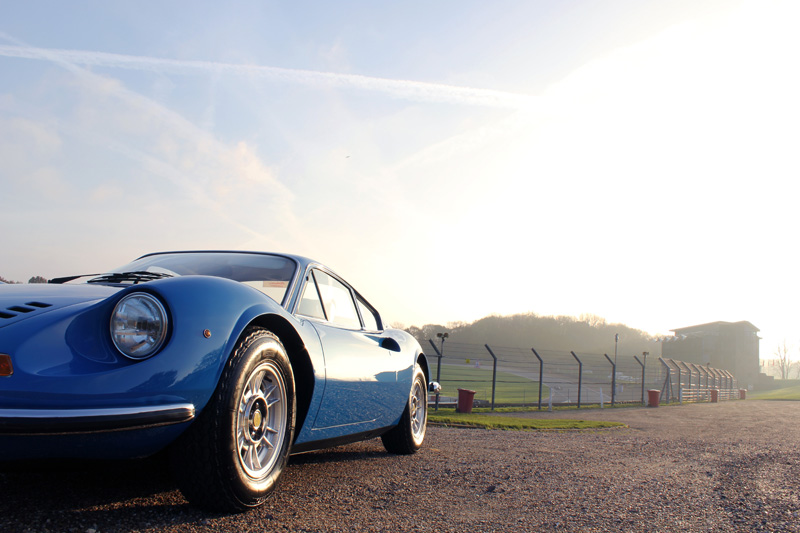 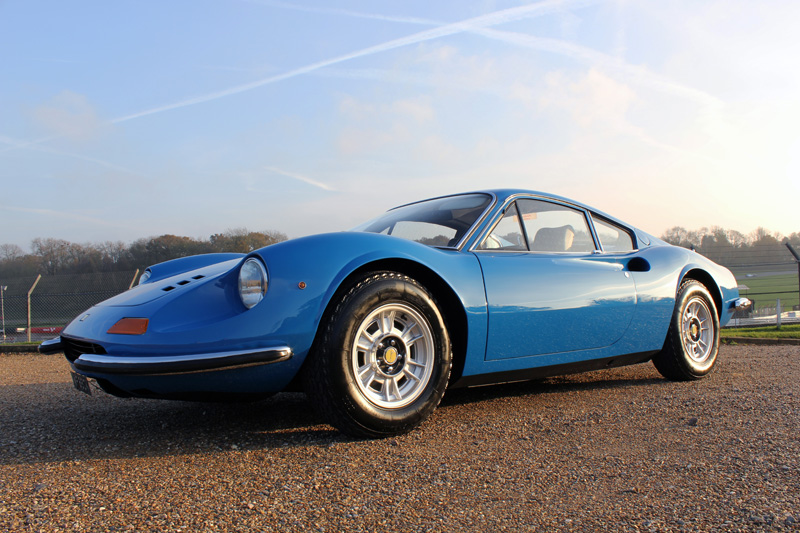 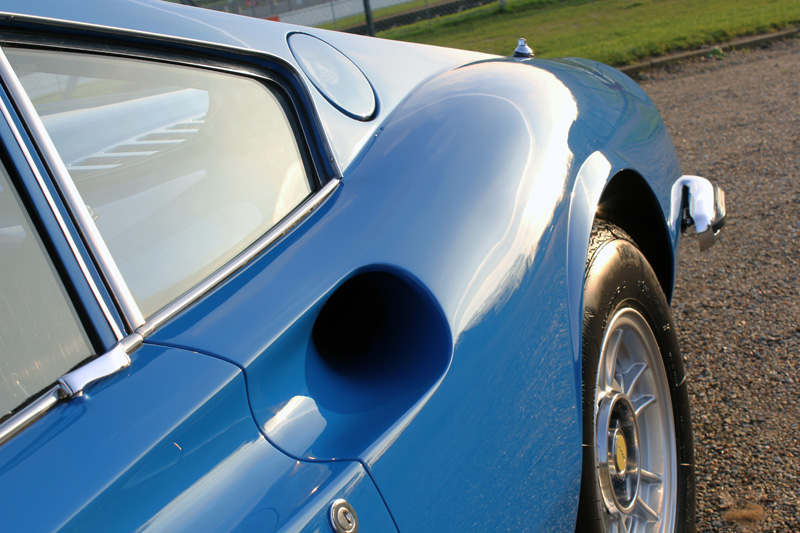 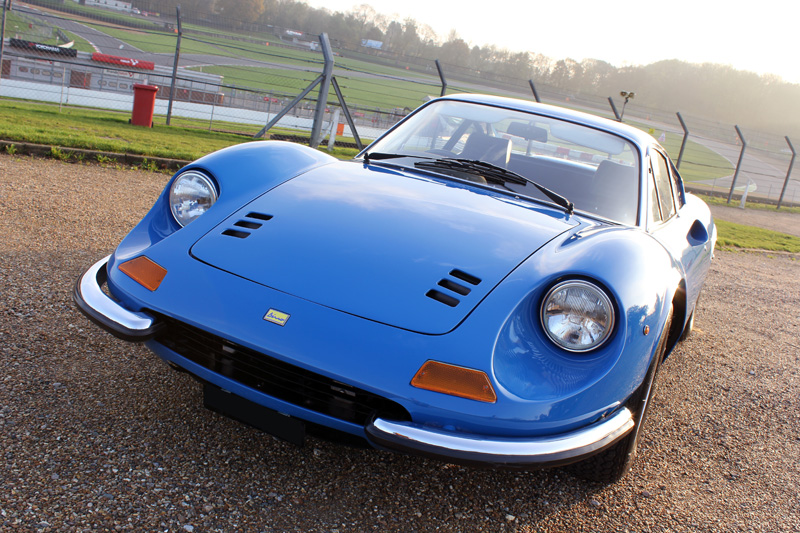